(Whosoever Holds This Hammer appears every Tuesday exclusively on comicbookdaily.com)

Before all you haters go ape-poop on me, calm down and read the whole article. Brian Michael Bendis and Geoff Johns are great writers. Ultimate Spider-Man and the current Green Lantern series are some of my favourite works in comic books, but the two writers are not necessarily good for comic books as a whole. 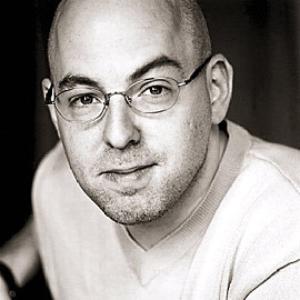 Once upon a time in the halcyon days when every comic book was good and all stories ended perfectly there were several writers who reported to an editor in chief. The job of the editor in chief was to provide editorial direction for the shared comic book universe. It was he (or she) who would provide guidance to the writers on individual titles. This direction would shape a certain feel for the entire DC or Marvel Universe (or Image or Valiant, but let’s be honest here). Wrongly, few people cared who the writer was and it was the artist who sold books, despite being only a part of the equation of success.

Then about 10 years ago comic book readers all started noticing that it was actually writers that were the driving force behind many of their favourite superheroes. Names like Garth Ennis, Neil Gaiman, Warren Ellis, Grant Morrison, Brian Michael Bendis, and Geoff Johns were on everyone’s lips. The writer rose in prominence and the above-mentioned names started to work on not one book, but several at once.

This sounds fine in theory: if a writer is good on one book then they could create the same excitement and sales on several. Fine, I’ll accept that. But what if the writer only wrote “key” books? These are the books that help define and shape the DC or Marvel Universe.

The driving creative force behind Marvel Comics for the last 10 years hasn’t been Joe Quesada; it has been Brian Michael Bendis. His work from Avengers Disassembled to Siege and into the Heroic Age has made Marvel Comics what they were for the last decade, and not all of it was good. Disassembled was good, House of M was bad, Secret War was meh, Secret Invasion ran out of steam, and Siege is completely unreadable. However, good or bad these storylines shaped the entire Marvel Universe. And shaping the universe is, arguably, the job of the Editor In Chief, not the most bankable writer.

The same can be said for Geoff Johns over at DC. Over the past 10 years he has worked on Superman, JSA, Teen Titans, Flash, Green Lantern, and the huge crossovers Infinite Crisis and Blackest Night. Most of it has been great, but some of it isn’t terribly good. Like Blackest Night. Zombie plus superheroes doesn’t automatically equal a win. But when you control the stories of that many big characters you become the de-facto EIC.

You might ask why isn’t this good? It isn’t good because you are putting all your eggs in one basket. Eventually all writers drop the ball and give us some crummy comic books. Just look at Chris Claremont’s recent X-Men stuff. Garbage. But it is okay because he is only writer on one book. He only sort of messes up the X-books and not the entire Marvel Universe.

Comic book companies need to let great writers be great writers on their own books. The EIC should provide editorial direction for the company. It shouldn’t be dictated by the stories from the hottest writer. Even if they are great at the time. Currently an editor in chief is neither an editor nor a chief. Discuss.