For More WHOSOEVER HOLDS THIS HAMMER check out the archives.

I was speaking with my uncle and father and they were reminiscing about the dark day in 1962 when comic books jumped from ten cents each to twelve cents. This was a shocker to the youth of the day; a twenty percent increase was not in anyone’s price range. Their story also illustrated that even back in 1962 fanboys could be cheap jerks.

Now twelve cents seems a paltry sum by today’s current cover price of $3.99, but their story got me thinking about how much we pay for comic books, and how we probably are being overcharged.

As usual I decided to do some research into the matter. I took a look at the regular cover price for comic books from 1961 until today. For the purpose of academic integrity I only looked at the cover prices of normal comic books; no annuals, super-sized, prestige format-type comics were examined. Here is what I found

So you can see that the three biggest price jumps occurred in 1971, 1988, and 2009. That’s right team, one of the biggest jumps in pricing came in 2009 in middle of the greatest economic crisis since the Great Depression. Most likely reason: people with real financial problems can’t by comic books anyway, so we might as well gouge those nerds that still have jobs.

If we use the Bank of Canada’s handy-dandy inflation calculator we see that $0.12 in 1962 costs $0.88 in 2010 money. I’ll let that sink in for a minute. That’s right true believers, if everything else was equal we should be paying $0.88 per comic book not $3.99. The entire industry is giving a Galactus-sized middle finger to the Consumer Price Index. At this rate in 10 years the only people that will be able to afford comic books will be Bruce Wayne and Tony Stark. 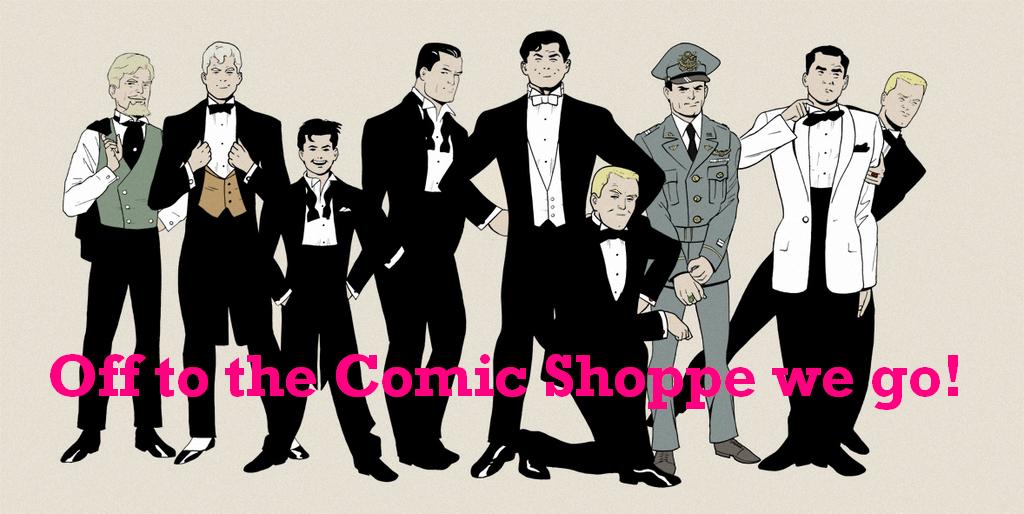 The picture gets worse when you look at the minimum wage during each decade (apologies to other provinces and countries, but I need to use Ontario data here). In 1965 minimum wage was $1 per hour, so you needed to work for seven minutes to buy a comic book. Today minimum wage is $10.25 and you need to work 23 minutes to buy a comic book. Nerds of today need to work three times as long to buy what their parents had forty years ago (and there are fewer words in today’s comics). Please feel free to use this statistic the next time some baby boomer tells you that your generation has it easy (then for the geek-worthy finisher explain how the Ultimate Nullifier works).

However, there are numerous differences between 1962 and 2010. Writers and artists are paid way more than they were back in 1962 (now that comic book bullpens are no longer soviet-era gulags of indentured servitude), paper is of better quality, and distribution is way down. All of these factors (coupled with Marvel and DC’s need to make as much profit as possible) contribute to the very high cost of the comic book today.

So what should the industry do? Creators deserve to have a decent wage and increased production values help in making the medium acceptable to mainstream audience, but more should be done to reduce the price of an issue.

First off, I would scale back the quality of paper. It should be better than the birdcage liners from yesteryear, but we aren’t trying to preserve Picasso’s Guernica here. DC has been doing great stuff lately with their trade paperbacks. They have good paper, but it isn’t some kind of glossy card stock and this helps the costs stay low.

As I have mentioned many times before comic books are a very expensive form of entertainment in terms of per hour value. The industry should be looking at reducing the cost of the product while increasing the quality to get more readers interested. After all, once readers love Super-Man and Iron-Man you can make more money on toys and movies than you ever could with print materials. Comic books should merely be the gateway to more serious spending of superfluous nerd dollars.

Anthony Falcone is a freelance writer living in Toronto and he doesn’t hate the player he hates the game. If you have need of his services you can reach him at [email protected]. You can also view his elegant words of prose at www.thenerdalert.blogspot.com.