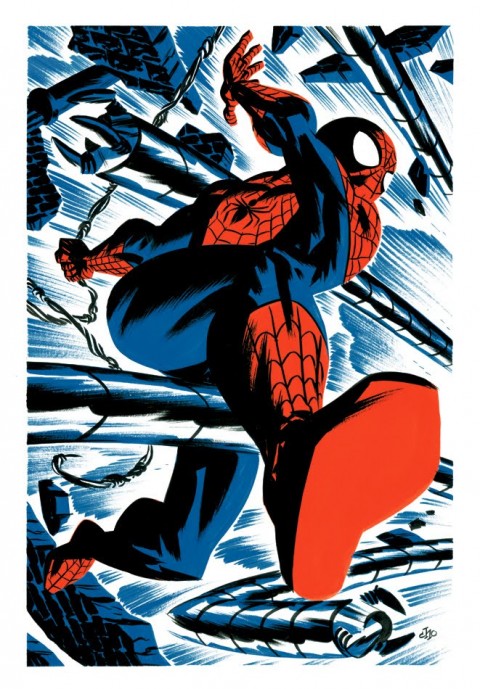 And so another Fan Expo has come and gone, and those of us who attended are left with fond memories, lighter pocketbooks, and sore, sore feet. Every year Fan Expo continues to grow, bringing more attendees, more exhibitors, and more complaints about crowds.

While I was mostly behind a retail booth for the majority of the convention, I was able to get around and check out the massive showroom floor. There truly is something for everybody, but I would encourage everyone to check out all that Fan Expo has to offer, even if you aren’t a fan of each sub-genre of nerdom.

Those who don’t travel down artist’s alley are missing out on one of the best parts of a convention. The alley has the dual benefit of allowing fans to speak with established stars of the industry and see new local talent beginning their craft. I got a chance to chat with J. Scott Campbell, Tony Daniel, Scott Chantler, Jimmy Palmiotti, Marcus To, Ramón K Pérez,  Scott Hepburn, and Francis Manapul. I picked up a print from Kalman Andrasofszky, his cover of X-23 with The Thing (my favourite cover of his) ,  got Willow Dawson to sign my copy of her Hyena In Petticoats, bought an awesome Contra print from Ian Herring, and I grabbed a Spider-Man print from Michael Cho and talked about his upcoming gallery showing (see above). I also got a commission from Eric Vedder: a Ryu headshot that will fit nicely with my Zangief one from last year. 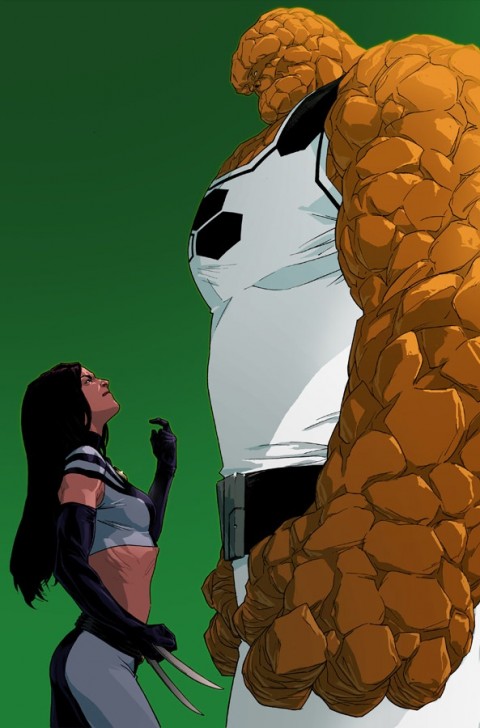 When I first started going to shows I remember how surprised I was at how accessible the creators were. All comic book artists and writers that I have ever spoken with care deeply about interacting with fans, providing advice on how to break into the business, the pedagogy of the craft, and thanking all of us for spending our hard earned money. If you have never been down artist’s alley make it a stop the next time you attend a con.

The Industry booths seem to get bigger each year, with mini-events, signings, and free swag throughout the week. I was pretty excited about meeting Dan Slott at the Marvel booth and we had a conversation about his writing methodology and work style (I also got him to sign my copy of ASM 692).

The Lego and Sony booths were showstoppers with a bunch of great Lego statues of superheros and demo games of the much anticipated God of War: Ascension and Playstation Battle games. Of course with all these big companies (Sony, Marvel, DC, Microsoft, Warner Bros) taking up so much real estate we also get to another topic, crowd size.

Again this year people were trapped outside or were forced to wait in line to buy tickets only to find out by the time they got to the booth that tickets had been sold out, for hours. The Toronto Star had an article on this and while the majority of attendees didn’t have a problem or understood that if they left they probably would not get back in that doesn’t help alleviate bad feelings on the part of those who were negatively impacted by the Fan Expo experience.

So people need to understand that the convention has grown. If you leave the building you might not get back in due to capacity issues. Popular dance clubs do this all the time, and ask anyone who has tried to get to the roof of the Thompson Hotel on a busy night: sometimes the Fire Marshall trumps all. Now, Hobbystar needs to address that some people waiting in lines for tickets that they could not purchase. This lack of communication hurts their brand.

With 80,000 plus attendees each year, Hobbystar also need to seriously consider getting the South and North buildings for the convention. The Canadian Auto Show uses both buildings for 300,000 attendees and while there are huge crowds the flow of people is much better. It really is the only possible option other than limiting tickets sales. This would solve some of the crowding problems but create a new group of angry fans who were not able to purchase a ticket at all.

I would also mention that if you only want to attend the convention to grab a couple of books then this isn’t the place for you. At $45 for a day pass you will not get your money’s worth. The convention offers so much that you need to really take advantage of it all to see value for your dollar. So attend a panel or two, talk with the stars, see what events are of interest, and buy some wares from the vendors. Just don’t think that you can pay $10 to get in, walk around for 2 hours and buy a bunch of $1 books. That isn’t this convention anymore. The convention has grown beyond that, and while some will lament the loss of being able to buy a bunch of comic books for 50 cents each, the majority of fans I talked with love the experience that Fan Expo provides.

Fan Expo is a great convention. You can still find deals, meet your favourite stars and artists, and have a unique and fun Canadian convention experience. If you have never been or have missed out on a couple of years I would encourage you to check it out, but maybe on the slower Thursday or Friday nights.