Video games and comic books go together like peanut butter and chocolate. Or at least sometimes they do. Here is my list of the best. 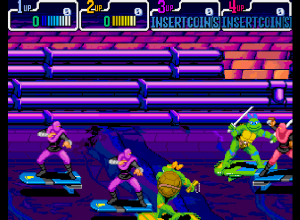 The Turtles games have always faired pretty well (except for that stupid TMNT for the NES, underwater bomb level – from Hell’s heart I stab at thee) but this is considered the best of the bunch. The Turtles face off against Shredder, who uses a Time Machine to send them leaping throughout time. So our heroes get shell-shocked in prehistoric times, fight on a pirate ship, visit the old west, and head into outer space. A great side scroller beat-em up, the moveset had totally innovative animations, such as an enemy being thrown at the screen, and colourful graphics. Naturally power-ups were pizza and the characters are taken more from the TV show than the comic book, but the game is still a great representation of the Heroes in a Half Shell. 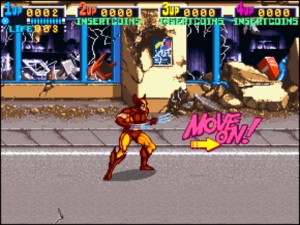 Side-scrolling beat-em ups were pretty standard arcade fare in the 90s and X-Men were the hottest comic book property out there, so it was with jubilation when my brother and I first spotted this gem at a local arcade. Magneto has kidnapped Kitty Pryde and the X-Men (Colossus, Wolverine, Storm, Cyclops, Nightcrawler, and Dazzler) must save her. You get to smash (human-sized) Sentinel after Sentinel and face off against Pyro, Mystique, and the White Queen among others. Famous for its voice acting (Nothing moves the blob!) and engrish (X-men, welcome to die!) the game is good solid fun. Back in the day as long as you had enough quarters you were finishing this, and today you just need to press the start button again to continue, but the point of the game isn’t a hard challenge. Also, big props to the game developer who thought that Juggernaut needed a bazooka. 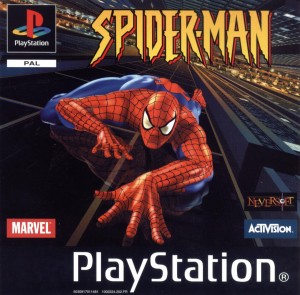 Spider-Man games were notoriously awful until this one came around in the year 2000. The first game that truly managed to capture Spidey’s moveset and powers, it became an instant hit. A great story involving Doc Ock and the symbiotes is the backdrop for level after level of webslinging action. The 3D polygon graphics may seem dated by today’s standards but this was the greatest superhero game ever made back in 2000. I still have a soft spot in my heart for the Carnage/Doc Ock final boss. 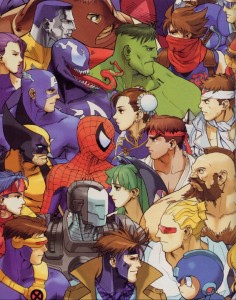 Some of the best fighters ever made coupled with some great fan service, how could you go wrong? With 5 plus games in the series, you won’t run out of characters to face and I am loving MVC3 right now. The game creates the best what if street fights possible and a pared-down control scheme makes it accessible for anyone, all fanboys and fangirls should have some of these titles on their shelves. I always wondered what would happen if Ryu from Streetfighter ever fought Modok. And now I know. 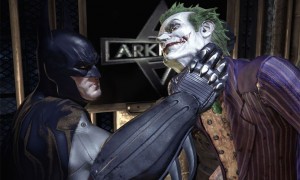 If you own an Xbox 360 or PS3 and love comic books, there is no excuse if you don’t own this game. Perfectly crafted with stunning visuals and brilliant voice acting (the cast from Batman: TAS returns) this game is the undisputed king of the castle. The game is a third person action, beat-em up, puzzle, and stealth game with a fast paced story that will keep you invested from start to finish. A much-anticipated sequel comes out this year and on launch day I will be in line with the rest of the Batboy Fanboys .