Monkeys are awesome. And so are ninjas. So this Pick Five really needs no preamble. 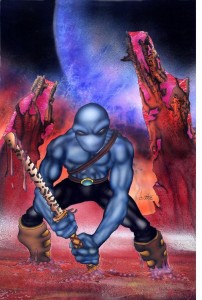 The idea of an alien ninja with telepathic powers might sound crazy but the quirky series was a solid sci-fi tale with a unique look. Zen could not speak except through his telepathy and he could “hear” with his mind. And he kicked a huge amount of intergalactic ass. Popular enough to have a toy line and video games, the series had some great creators like Sam Keith and Joe Casey. Although basically relegated to quarter bins, you should look up this ninja. It will be worth the pocket change. 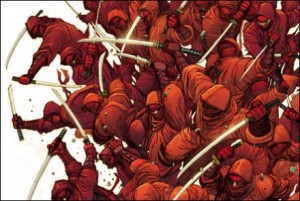 Probably the greatest evil secret ninja black magic organization ever created in comic books, the centuries old deadly clan has been a continual thorn in the side of Daredevil, Wolverine, and other heroes in the Marvel Universe. The clan structure allows for a never-ending number of adversaries and the black magic aspect has created some great storylines over the years. They brought Doctor Octopus back from the dead, they were responsible for the ninja clone of Psylocke, and their importance in the Daredevil series cannot be fully listed here. All of this coupled with a simple, effective costume design make these guys the kings.

I could have listed all 4 of the turtles but really, Leonardo is the best. The other 3 are a brainless surfer, a computer nerd, and an angst ridden sourpuss.  Let’s be honest if Raphael were an a real teen he would be an emo kid, writing angry poetry in his room. Leonardo has 2 swords. Let me repeat, he has 2 swords. In the comic books he is so badass that he killed The Shredder (left out of the television show for obvious reasons). He also is named after the greatest of the masters, and in case I have not mentioned it yet, he has two swords. 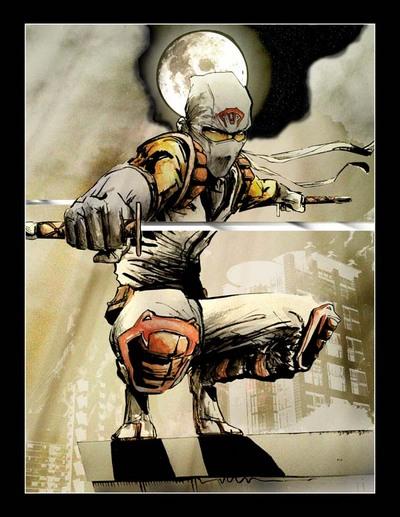 I still remember the television episode where Storm Shadow karate chops a tank in several places in order to dismantle it. That image pretty much sums up the mad skills that Storm Shadow possesses. Originally a villain on the Cobra team, Storm Shadow was a continual foe for the Joe team and an arch nemesis for Snake Eyes. Which bring us to number one. 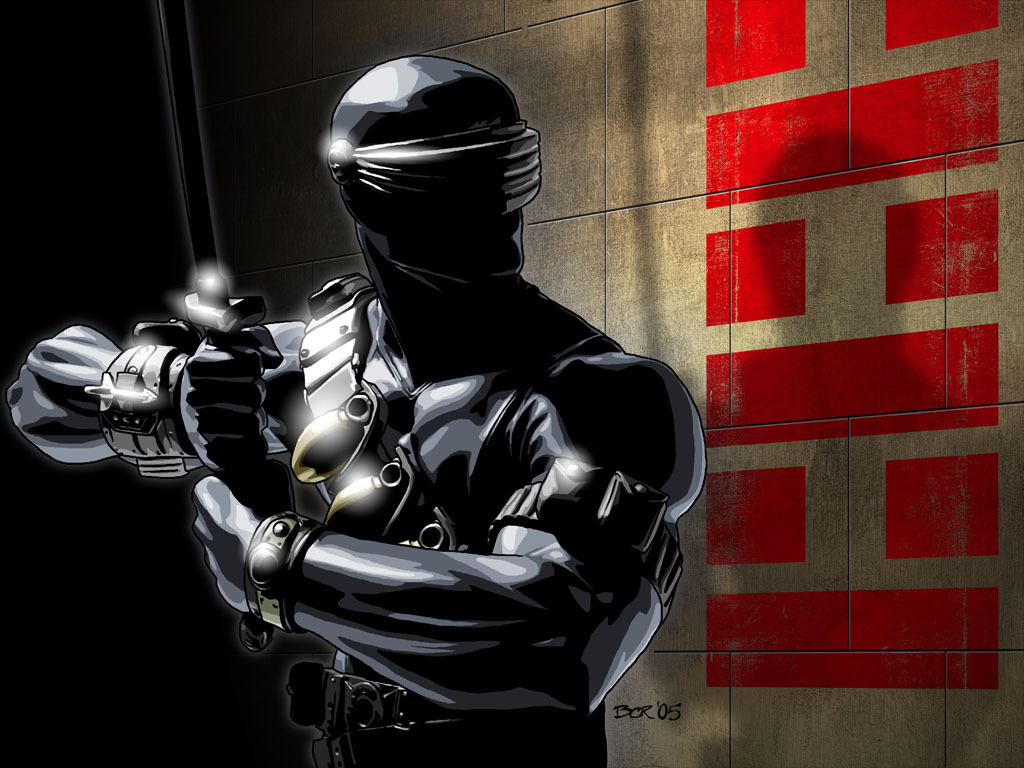 You knew he would be the number one spot. The greatest ninja ever in comic books, movies, literature, or real history, Snake Eyes is a one man army and is sent on pretty much every important mission that the G.I. Joe team comes across. He is a master of every martial art ever created and is a specialist in every weapon ever made. He was wounded in Vietnam so he can’t speak and wears a mask to hide his disfiguration. Noble, loyal and the most efficient and deadly killer of all time if he were any more awesome reading his name would cause your computer to explode.