It’s St.Patrick’s Day.  The only day of the year when the world goes green, and actually means it. We all want to be Irish today and if we’re not, we can pretend we are and go to the pub to celebrate anyway.  All this green gets me thinking, not about money, but about comics, and a question.

Why are all of Spider-Mans villains costumes green?

I have asked myself this question many times since I was a kid. Had they used up all the red & blue & yellow ink on the good guys Spider-Man, Daredevil, Thor, Iron Man, Captain America, FF, and the X-Men? Did Stan Lee have a rich relative who owned an ink factory specializing in green ink? Did Archie Goodwin secretly harbour a dislike for the Irish, and ordered all villains be coloured green? Time to go to Google for some real answers!

Well first I found out that I was not the only person that had noticed or obsessed over this question. Second, there didn’t appear to be a definitive answer to the question. Here are a few of the theories/opinions expressed.

I’m certain there are many more real reasons for this usage of the colour green in Marvel comics. Love to hear from CBD readers in the know on this.

Today we will take a quick look through part of the Steve Ditko’s run on Spider-Man #1-20. We will be looking for green and villains only in this tribute to Marvel Green on St. Patrick’s Day.

J. Jonah Jameson, The Fantastic 4, and The Chameleon (who dresses like Spider-man) but does where a green overcoat. Not much green to be found here.

First appearance of The Vulture. Is he black? Brown? NO! He is a green vulture.

The Terrible Tinkerer and his little green men from outer space are in part 2 of the book.

First appearance of Doctor Octopus. Great book! Doc Ock typically wears a green lab coat or later a green costume. He has dabbled in purple, but mostly he is green!

First appearance of the Sandman.  A snazzy horizontal green striped shirt with purple pants are the Sandman’s go to attire. Yikes. He gets a green costume later. 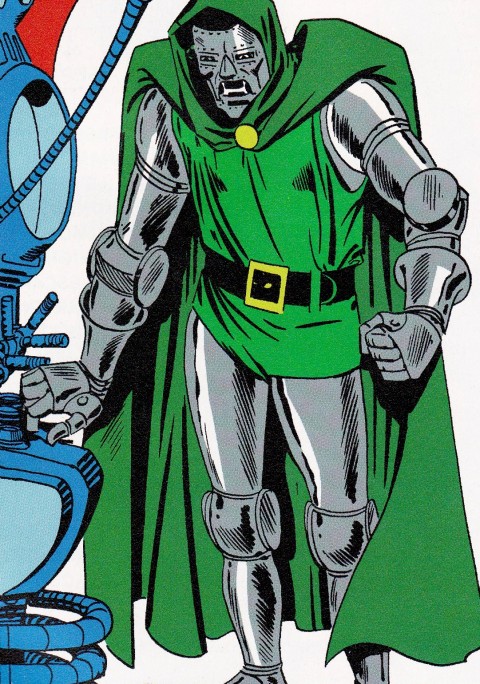 Doctor Doom crosses over from the Fantastic 4 where he was already covered in green.

First appearance of the Lizard. Well he is lizard, so green is OK.

Second appearance of the Vulture. He is still wearing an inappropriate green costume, and he is still very old.

No real villain here outside of the Living Brain, a robot who is of course painted green. 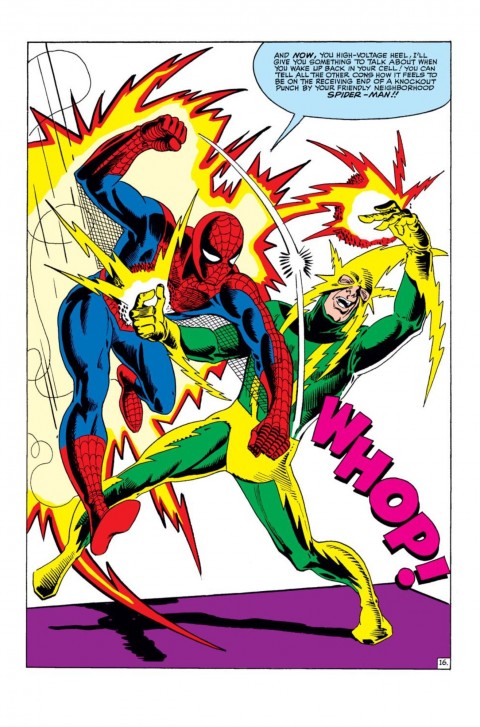 First appearance of Electro. Here we go electricity – that’s blue right?  What do we get for a costume? We get a Loki green and yellow costume with a Christmas tree ornament for a mask.  Bad day for the costume design department.

First appearance of the Big Man & the Enforcers. Well the Big Man and Enforcer Montana both wear green. This book also sports a very all-green cover.

Second appearance of Doctor Octopus. He is still very green. 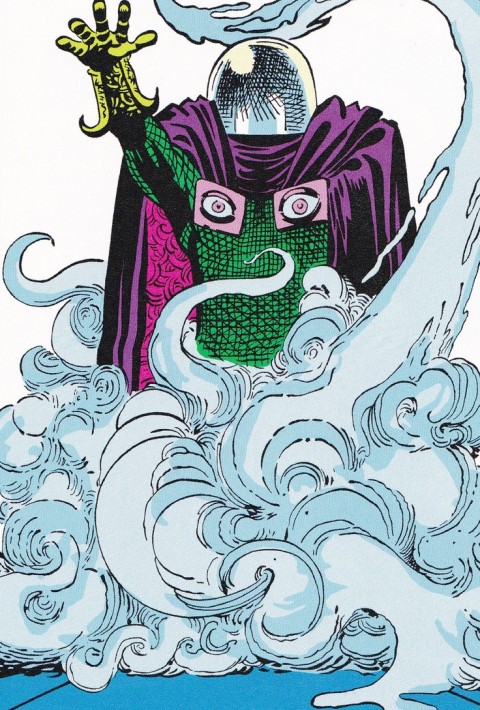 First appearance of Mysterio. A very theatrical green/purple (magenta?) costume with a goldfish or salad bowl for a mask. Very cool. If I ever have a breakdown and do cosplay this will be the costume.

Featuring the first appearance of everyone’s favourite villain of the early Spider-Man run; the Green Goblin. Well he is the Green goblin and has a green and purple trim costume.  If that isn’t enough green for you the Enforcers and Incredible Hulk also appear in this book.

First appearance of Kraven the Hunter. Well he is a hunter so green camouflage is the order of the day….what… wait there is NO Green on his costume!  Instead poor Kraven has a costume that looks like it was made up out of clothing found on the floor after a party at the Playboy mansion! A lion rug vest, cheetah tights, leather sandals and arm wraps. I submit it was being forced to wear this costume and not Spider-man that actually drove Kraven insane. The Chameleon in a purple Hugh Hefner type lounge coat completes the sad seedy picture.

Note – Kraven does wear a green vest on the cover of ASM#15, however it never appears again.  I think they just put it on the cover to PMO.

The Ringmaster fresh from his appearance in the Incredible Hulk, complete with his dazzling green jacket and shoes, trimmed with purple hat, tie, and pants. Daredevil appears in his original Yellow costume, which was another bad day in the costume design dept. and mercifully corrected shortly thereafter.

These books have appearances by the Green Goblin, The Enforcers, and the Sandman. They are all still wearing the same green costumes.

First appearance of The Scorpion.  His costume is of course green. Aahhhh! I give. Enough no more GREEN!!

There you have it. Steve Ditko’s run and Spider-Mans rogue gallery of villains are mostly dressed in Green. And I still don’t know why!!

OK – Now it is time to kick back, relax; with a nice cold Green beer at the Black Badger and enjoy the rest of St. Patrick’s day. Cheers!