Thank you for agreeing to be a part of the upcoming service. We were hoping you would present us with an outline of the eulogy you will be delivering, so we can make sure it fits the mood of the rest of the funeral. Thank you again.

I would be glad to, Barry. As a matter of fact, I will go you one better: I’ll give you the whole eulogy…

We gather today to say goodbye to a friend. But so much more than a friend. He was also an enemy. He was a lover, a mentor, a confidante, and a berserker killing machine.

We are saying farewell to Wolverine. 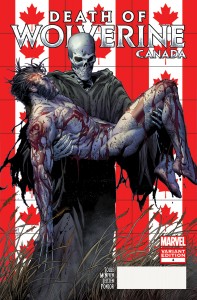 Wolverine met his demise staring out at the Nevada desert, as a shell of adamantium solidified around him, ending his life.

(look out into congregation)

Hey! Over there in the second row! Joe Quesada and Charles Soule! What’s all that winking about?

But I come to bury Wolverine, not to praise him.

(pause for shocked gasps from congregation)

Please, hear me out.

(gesture to giant mound of adamantium at front of lectern) 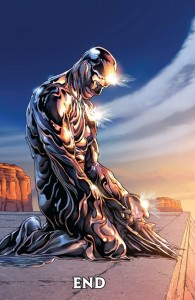 In my opinion, what lies before us is not Wolverine. This is Logan. And that process began in X-Men #103. That’s when he was first referred to as ‘Logan’. And that’s when we started to lose Wolverine.

Wolverine was the purest, most refreshing anti-hero the comics industry had ever created. It’s what made him compelling, interesting, and the most talked about member of the new X-Men. He had freaking blades coming out of his hands, man! He had a crazy mutant healing factor so he could take any kind of damage and keep on coming, dude! He didn’t take any crap off anybody: not Cyclops, not Magneto, not even Professor X.  The pretentious stuffed shirts of the Marvel Universe were Greg Marmarlard and Doug Niedermeyer… 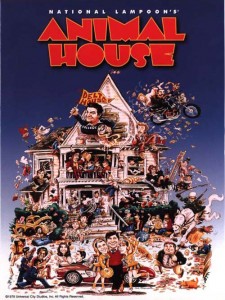 But over time, writers whittled him down to Kent Dorffman.

The whittling was very gradual. The second we learned his name was Logan, he became a little more human, a little more approachable. He forged a friendship with Nightcrawler. That made him a little more vulnerable, a little more like you and me. And then he started falling in love: Rose, Silver Fox, Itsu, Mariko, Atsuko, Yukio, Gahk, Amir, Domino, Storm, Snowbird, Black Dragon…He makes James Bond look like a eunuch.

And don’t forget Jean Grey, because that was the final nail in the Wolverine coffin. 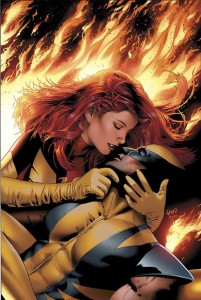 I fully understand that characters have to change, evolve. One of the ways to do that is to have them fall in love. No problem with characters changing, but the more they change, the less they are the character that readers became enamored with in the first place.

I knew Wolverine was doomed as soon as they cast heartthrob Hugh Jackman to play him in the movies. I’m a Jackman-Man (Wow, that sounds filthy!). I even loved ‘Van Helsing’. But studios don’t make movies unless there’s a love story, and when you have Jackman in the cast, he’s got to be the romantic lead. Which led to ‘X-Men: The Last Stand’, with the finale of the heartbroken, tortured Logan killing the only woman he had ever loved (in this movie). I watched that scene and said “We’re done here”. 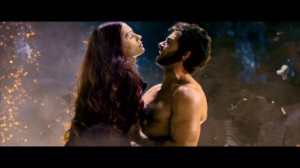 Quesada! Soule! Again with the winking!

In the comics, he became everybody’s buddy. He led teams. He became a teacher. A Headmaster, even. That’s when I went from “We’re done here” to “He needs to go”. He was a completely different character. The first time Quentin Quire made a smart-ass remark to the Wolverine I knew, it would have been immediately followed by a ‘Snikt’ and the sound of Quire’s intestines falling to the floor.

Not all characters are Lead Characters. No matter how badly we want them to be, they just aren’t. Do you know when ‘Happy Days’ started to suck? When they made it the Fonzie show. (Google “jump the shark” and see what it tells you) The very elements about Wolverine that made us invest in the character were things like individuality, ruthlessness, and an almost fanatical devotion to the Pope. (Except for the last bit about the Pope). Some members of a team are interesting and fun because they are in the team, interacting with the other members, making the story compelling through that interaction. Wolverine really was the best there is at what he did, when what he did was being an X-Man.

The only way he wasn’t whittled down was his height. He started short and before you knew it, he was eye to eye with everybody else. I missed that feisty little Canuck. 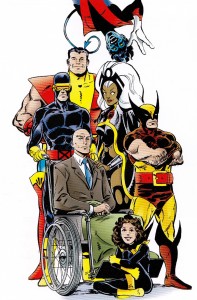 Don’t make me come down there, Quesada and Soule!

It makes me sad, but hopeful. You see, I don’t think Wolverine died on the Nevada desert that day. That was Logan. In my mind, Wolverine is still alive and we will see him again.

(wink at Quesada and Soule)