It’s been said lately that we’re in a golden age of comic reprints, with a wide variety of classic material available in quality hitherto unknown. While this material is getting the deluxe treatment content has become something of an issue, with today’s sensibilities and perspective on historical works. 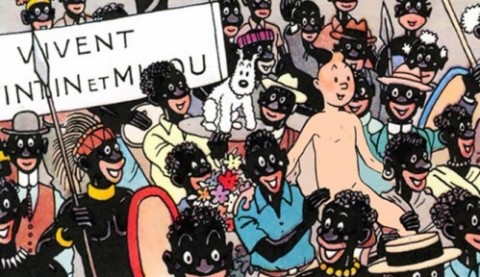 Let’s start this off with my central standpoint. I can’t stand to see racism and bigotry in any fashion; I spent three of my developing years in West Africa and grew up seeing people for what they are, not how they look. Take one look at the image above and you know the material is racist; I don’t think there’s any doubt at all. I’d love to know why Tintin is naked, but that’s not really part of my revisionist rant. Yet I can’t understand the controversy of stereotypes in comics from the first part of the twentieth century. These are historical documents and represent the mentality at the time; reprinting them as they were is not propagating the stereotype and editing the content to make it “politically correct” is missing the point entirely. Hergé shouldn’t have portrayed the Congolese as he did in Tintin Au Congo but that’s how the book was printed. Fantagraphics Mickey Mouse reprints have edited a few panels and that makes me sad. Worse is this interview where the writer decides to make a case about racial profiling in the 1930s. David Gerstein makes a great point.

It’s our duty to Gottfredson, and other classic creators, not to let their relative weaknesses and worst moments come to characterize the majority of their output. Of course, Floyd’s work does have its problems the way most 1930s pop culture does; that much is obvious. 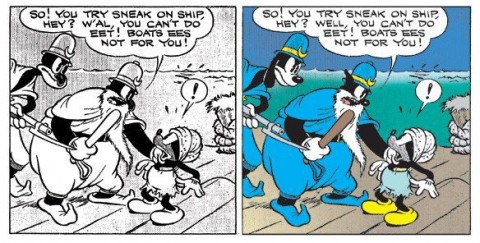 Lips and nose were tweaked in the above panel: was that actually necessary? Either present the material as it was or create new: don’t censor. Check out this page dedicated to Donald Duck censoring. Are we rewriting just a few sentences from Tom Sawyer? 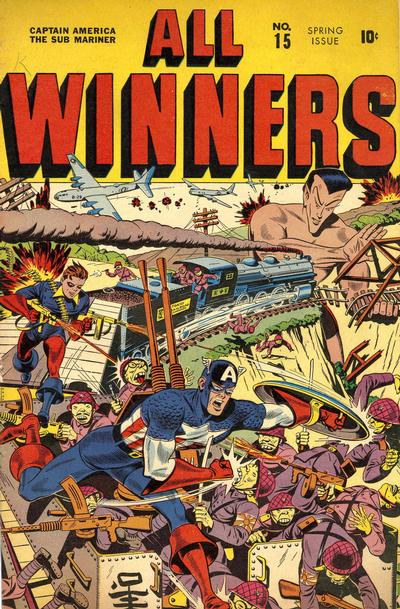 Does the context matter? Pretty much every depiction of Japanese during World War II lined up with the cover above to All Winners issue 15: a yellow horde bent on our destruction. It was war and Japan was our enemy: looking at these covers now you can’t help but cringe, but does that mean we shouldn’t see them as they were printed?

In the end it’s about making money, but what business operates without it. Comics are published as entertainment and as much must try and meet the expectations of the widest audience available. Offending a group of possible buyers is the surest way to limit your profit so editing a panel here or there is the safest way to keep out of controversy.