This week I couldn’t think of one thing to write about, but I could think about a whole bunch of little things. 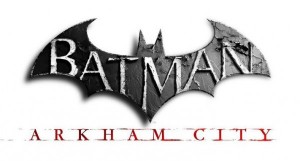 Like most of you (hopefully) I picked up my copy of Batman Arkham City last week.  I was going to wait until it was available for a better price (I hate shelling out $60 for a video game if I don’t have to), but I broke down and picked up my copy (which came with a free Batman action figure).  I am glad I did.  Arkham Asylum was an amazing Batman game.  The best ever.  But Arkham City… well… it makes AA look like Dig Dug.

First off the game is beautiful (in a dark, gritty, goth way).  I couldn’t believe the detail in the landscapes.  Gotham City looks old and dangerous.  Exactly how it should be. 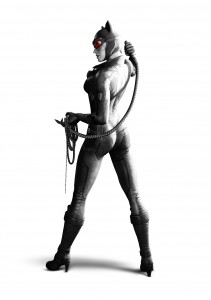 The voice acting is perfect in the game as well.  Kevin Conroy has returned as Batman, and Mark Hamill makes his last appearance as our beloved Joker.  But to my enjoyment, two of my favourite new characters are Penguin (voiced by Nolan North who also voices Drake in Uncharted, and Deadpool in Hulk Vs.) and Catwoman (voiced by Grey DeLisle who was Scarlett and Baroness in G.I. Joe Resolute, and the new voice of Daphne Blake of Scooby Doo).  I would have to agree with Laura that the AC version of Catwoman may be one of the best (see a previous Thinking… article for details) ever to show up on a viewing screen. 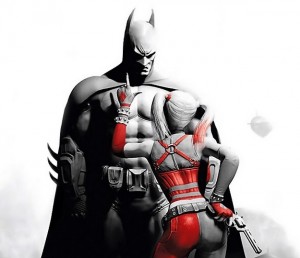 Arkham City shows our favourite Bat-Villains in a new light.  I really like how Penguin is shown in the game.  He’s ruthless and violent.  I still think Penguin should’ve been the villain in Dark Knight Returns.  The AC version of Penguin is exactly how I would like to see him on the big screen (maybe someday).  Other villains include Two-Face, Poison Ivy, Killer Croc, Harley Quinn, Riddler, Mr. Freeze and many, many more.

Arkham City shows us exactly what a Super Hero video game should be.  The dark and gritty environment doesn’t work for every comic property but it succeeds with Batman.  I have always felt that we wouldn’t have Batman Arkham City or Arkham Asylum without the Batman Begins movie adaptation.  This was the first Batman game to show Batman in a third person stealth action game.  Batman Begins captialized on fear being a tool for Batman.  You could use the environment to increase the fear of your opponents.  This helped Batman in the game.  Many elements from Batman Begins have been used in Arkham City and Arkham Asylum.

Right now I’ve been playing AC as much as I can.  It is awesome.  The only bad thing I can find about the game is… for every great Batman videogame, there is a crappy Superman game waiting to be released.

I picked up a copy of Green Lantern on Blu-Ray.  I won’t get into another review of the movie.  I’ve done that already.  What I would like to talk about is the special features.   I am impressed with the amount of special features on the Blu-Ray.  I haven’t watched them all yet.

The special feature that is my favourite is The Universe According to Green Lantern.  This features DC creators talking about the history of Green Lantern.  It showcases some of the monumental times in the life of Hal Jordan, including his team up with Green Arrow, Emerald Twilight and Rebirth.  I enjoy watching comic creators talk about how they come up with concepts and ideas.  Geoff Johns really stood out on this feature.  On a recent 52Q, Geoff Johns was mentioned as an over-hyped creator.  After watching special features I disagree with this statement.

Geoff Johns has taken the Green Lantern character, studied it and disected it, and introduced new ideas to the character that are logical.  One examples is the other-colour Lanterns.  The idea of the other Corps makes sense.  That is why it works.  He did the same with Flash Rebirth and the speed force, and he will do the same with Aquaman.  Sure not every comic he writes is amazing, but either are Grant Morrison’s.

The movie production special features are interesting too.  There are several that show Ryan Reynolds in the actual costume he wore (pre cgi) with the reference marks all over it.  I don’t know how the other actors could interact with him with a straight face; I would find it distracting.  I was surprised to see Mark Strong (Sinestro) was wearing make-up to look like Sinestro.  I guess we are so used to CGI effects in movies it is tough to tell what is real and what is fake these days.

This one has been stuck in my craw for several months now, and I have to get this off my chest.

As you know I collect toys.  There is something happening in the toy aisles for the last couple years that I find disgusting.  Toy swapping.

Toy swapping is when someone buys a toy, takes it home, removes the original from the packaging then replaces it with an inferior toy, then returns it to the store for credit.

Essentially it is fraud.

Over the last couple months I’ve seen a Captain America figure with a Spider-Man head (the heads are easy to swap on Hasbro figures) and a WWE Rick Rude package with a John Cena figure inside (the tape was sloppily applied to the back of the package).  It is sickening.

They may feel because they are replacing the product, with something else, it’s Ok.  They aren’t stealing but they are.

If people are doing this because they can’t afford the collecting hobby… well guess what?  Pick a different hobby.  Sometimes you need to make a decision.  If you are passionate about toys or comics, and can’t afford them, instead of stealing them, give up your hobby.  I know times are tough, but is it worth stealing? 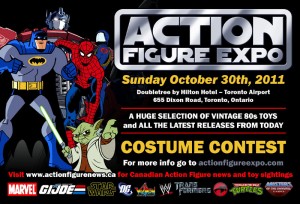 This Sunday (Oct 30th) is Action Figure Expo in Toronto.  I plan on attending the Expo (it’ll be a long day, I’m going to a Halloween party the night before.  I’m going as Captain America).  Stay tuned next week for a quick report on this years Expo.