Last week I wrote about Neil Gaiman’s character Angela now showing up in the pages of Marvel Comics.  In the comments of that column Josh commented that Marvel Comics purchased the character from Neil Gaiman.  I searched the internet quickly to see if a price point was reported anywhere on how much Neil Gaiman was paid for the character.  So far I’ve been unsuccessful in finding out, but in a lot of cases that is private information only privy to the parties involved.

But it did get me thinking what is a comic book character’s value?

We all know about the creative rights attached to comic book properties, especially when it comes to movies and television.  Sony has the rights to Spider-Man.  Fox has the rights to Fantastic Four and X-Men.  Marvel and Disney have everything that’s left.

But I am talking about the full value of the character across every medium and platform, and not rolled into a generic package of a bunch of characters from a single franchise.

When you take into consideration the comics, movies, television (live action and animated), merchandising and video games – what is each character worth?

So what would those three characters value be worth?

It’s almost impossible to determine.  There are too many factors and business avenues in play here, you couldn’t determine the value of each character.  But we can hypothesize.

Since I’ve already laid out who I think my top three valuable properties are, who’s next?

Next on the list has to be Captain America, Thor, Iron Man, Hulk and Wolverine.

All characters who regularly appear in movies, animated series and merchandising. 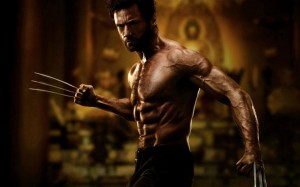 Not too many DC characters on my list.  But DC hasn’t done much with their properties since the New 52 launched. This all may change after the new “Zack Snyder’s Super-Friends movie”… sorry Batman Vs Superman: Dawn of Justice.

If that movie strikes a chord with movie goers we may see in influx of interest in character’s like Wonder Woman, Cyborg, Flash, Green Arrow and Green Lantern.  A few year’s ago, when Geoff Johns’ turned Green Lantern into a powerhouse, the ring-slinger would have made my list.  But after a movie that bombed and is generally forgotten, Green Lantern has to do a lot of work to come back to being a successful property again. 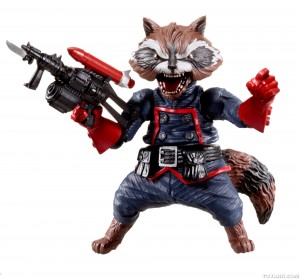 There are some other characters whose value is on the rise.  Guardians of the Galaxy is one of them.  The comic series is really good.  I’ve enjoyed the Marvel Now! version written by Brian Michael Bendis.  The new movie is hitting theatres this August, and action figures and collectibles are just hitting the retail shelves now.  If I told you 10 years ago that Marvel was going to make a movie featuring Rocket Racoon, you would have thought I was nuts.  But we are a few short weeks away from it becoming reality.  And I believe Rocket Racoon’s value is higher than a character like Ghost Rider or Aquaman.

I think it would be interesting to see a publication with a lot more resources at hand to tackle this theory.  Imagine if Forbes made a “Power 100 Rankings” for comic book characters.  I think it would be staggering to find out exactly how much our favourite characters are worth.