I have talked to several artists and writers since I started doing this for CBD, and usually our conversation will evolve into talking about their dream projects.  Most times the comic creator will say their dream job is to work on a character they create themselves.  There is a desire to work on something that is yours and yours alone.  If you are working for an established comic book property like Batman, Superman or Spider-Man – you are continuing on the legacy of the character and in some cases it doesn’t lead to much in the way of creating new characters or mythos about the title character.

Also creating a new character gives you a level of control of the look, feel and personality of that character.  Creator’s rights is a nice thing.  It can be very satisfying to see a creation of yours come to life on the printed page.

But does creator’s rights make the comic book industry stale?  Or does it only affect the “big 2” comic publishers, while smaller publications thrive?

Sometimes it feels like the same thing all over again… just “All New Now!”

There is one character that really sticks out in my mind that the creator retained ownership of the character, and has been able to move to another publication with that character.  That’s Neil Gaiman’s Angela. 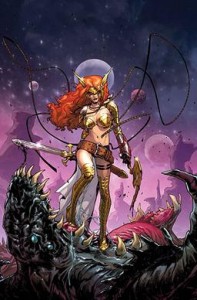 Angela first appeared in Spawn #9 as an adversary of Spawn.  Neil Gaiman was the writer on that issue, with Todd McFarlane doing the artwork.  Over the years there was a long legal battle between Neil Gaiman and Todd McFarlane.  In 2013, Neil Gaiman retained full ownership of the character and brought her over to Marvel Comics.  This summer there is going to be a Thor/Loki 5 issue series that will create more to the origin of Angela by revealing that she is the daughter of Odin and half-sister to Thor and Loki.

This is the pinnacle of creator’s rights, where not only does the character show up in another book – it shows up in another company all together. 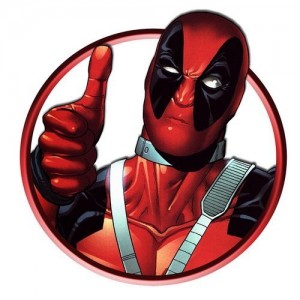 If all creators could have ownership of a character like Neil Gaiman has with Angela, I think that would lead to more creativity and more new characters hitting our comic pages.  Not only would the creator have control, they could take that character with them to their next place of employment.  Imagine if Rob Liefeld had complete ownership of Deadpool.  Would we see “The Merc with a Mouth” duking it out with Batman on the streets of Gotham City?  Or would the character have faltered somewhere along the line because every writer and artist brings something new to the table every time they get the “reigns” of the character?

New ideas and characters should be created just for the sake of creation.  It shouldn’t matter who owns the character.  Because if it is popular it will have a life of its own and be that creator’s legacy and stand the test of time.  That’s how comics started and it’s not necessarily a bad thing.