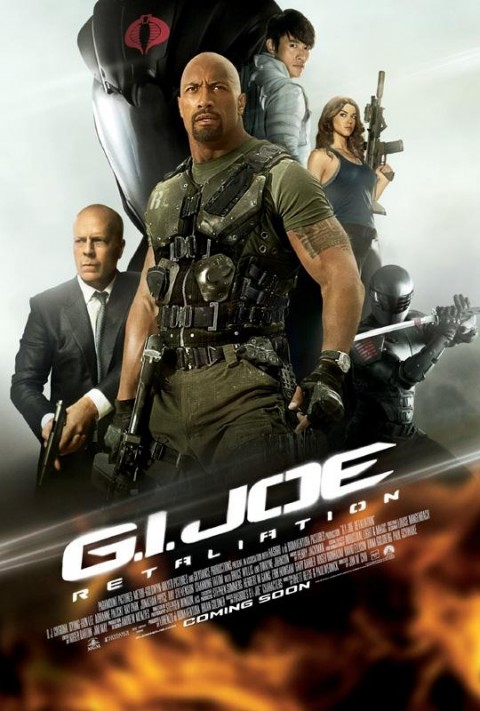 Well G.I. Joe fans, the “interwebs” exploded Wednesday afternoon with the news of G.I. Joe Retaliation’s release date being pushed back from June 29th (which is a mere month away) to March 29th of 2013.

I have to tell you, hearing that is like getting kicked in the “yo joes”.

I have been anxiously waiting for G.I. Joe 2 ever since I walked out of the theatre after seeing Rise of Cobra 3 years ago.

This news is crushing.  I am devastated by this news.

Even worse is the reason for the delay.  It is one of the most ridiculous reasons I’ve ever heard.  Paramount and MGM want to convert the movie to 3D.  Are they serious?

I hate 3D.  I’ve seen several movies in 3D, but I’ve only paid for one of them.  I think 3D is a useless movie gimmick and for me it doesn’t add anything to the movie experience.  Delaying G.I. Joe 2 to make it 3D is a total joke… and I ain’t laughing.

One report I read said that studio wanted the movie to be 3D because 3D movies are very successful overseas.  North American audiences are not too keen on 3D, but the rest of the world love them.

But why would the studio make this decision one month before the movie is supposed to come out in theatres?

Originally G.I. Joe Retaliation was supposed to come out August 2012, but the studio bumped up the release date after several big movies never came into production.  Star Trek 2 was one of those movies.  All of us G.I. Joe fans were excited when it was announced that the new movie was going to come out right in the middle of the summer blockbuster season.  Now we are just angry.

The idea of converting the movie over to 3D is a horrible idea.  After checking Twitter, some of the tweets I read basically say “the movie is crap and they have to delay it to fix it” (I`m just paraphrasing there).  Which I completely disagree with those statements.  From what I have seen and heard, the movie looks like it is going to be awesome.  There is nothing that can add to it with 3D.

There are more repercussions to this decision than moving the movie back 9 months.  There is Hasbro’s involvement as well.  Originally the action figures for the movie had a strict street date of May 28th.  From what I have read on the internet, these toys are sitting in boxes in the back room of your favourite retailer right now.  But now the restrictions have been pulled and the retailers are allowed to sell the toys now.

With no movie being released until next March, will these toys even sell?

I hate to say it but the new G.I. Joe toys may sit and peg warm the shelves until next year when the movie comes out.

Since this whole decision looks like it’s all about money, I hope it proves well for Paramount and MGM and G.I. Joe 2 makes a bunch of money.  I just hope they didn’t generate a bunch of bad will towards the franchise with this ridiculous idea.