So Marvel’s The Avengers has been in theatres for a couple of  weeks now.  We’ve all had the chance to sit back and digest what we’ve seen and experienced.  Are you happy with what you saw?

The Avengers is what we’ve been looking for in a comic book movie.  Thor, Captain America and Iron Man were good, but they were the smaller parts that lead to this movie.  Which very well could be, THE GREATEST SUPER-HERO MOVIE OF ALL TIME!

I know that is a bold statement.  But the movie is just that good.

One of the best things about the Avengers is you can take your kids to the movie.  I can hear you single people out there groan, but I am telling the truth.  It’s tough for a family to go to the movies these days (without going to see a kids movie).  The Dark Knight Rises is definitely not going to be “kid-friendly”.  My kids still haven’t watched all of The Dark Knight or Batman Begins yet.  So as a parent, it is refreshing to see a movie, that I can take my kids to where as a family we can enjoy what we see.

Quick side note… Hey producers of Amazing Spider-Man, how about making a movie more like Avengers, and a little less like “The Dark Arac-Knight Rises”… just sayin’.

At current count I’ve seen The Avengers twice.  Once in 3D, which I hate 3D technology, and once in 2D.  I plan on seeing it at least 3 more times.  One of those times will have to be with the kids, and hopefully it will be at the Drive-In.

Now you may be thinking 5 times for a movie is too much, but it always works out that way for a movie I really enjoy.  Some of the movies that have made it into my “5 Times Club” are G.I. Joe Rise of Cobra, Batman Forever, Die Hard With a Vengeance, and the Phantom Menace (which is 6 times if you include the 3D re-release).

When I see a movie that many times in theatre, I tend to catch the stuff I was missing from the first 1-4 showings.  Plus if we go the Drive-In, there are lots of distractions.  Having seen it before, I won’t miss anything.

Make sure you catch a screening of The Avengers this weekend… it’s awesome! 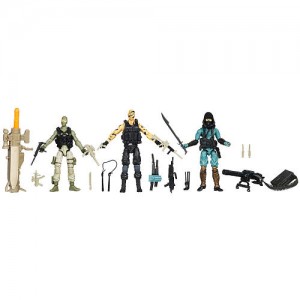 Toys R Us has posted the new toys on their website (the American version, sadly not the Canadian version).  I know where I am going to be on May 28th.  I wonder if I can camp out?

The new G.I. Joe Retaliation toys look amazing.  I know there is some disappointment with the articulation of the figures that come with the vehicles.  But after looking at the pictures, the figures look decent.  My opinion may change once I have them in my hand, but they look good for my first impression.

After looking at the Amazing Spider-Man figures, the only one that grabs me is the Doc Octopus figure.  Previous Octopus figures didn’t look as good as this one.  I don’t have a lot of Spider-Man stuff in my collection, but I think “Ock” will have to join my League of Villains in my Marvel Universe collection. 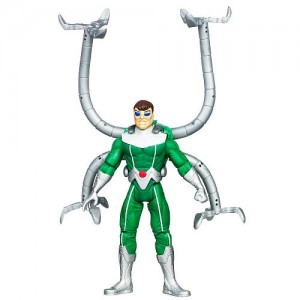 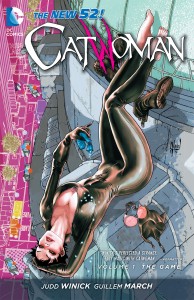 This week when I was at the comic book shop, flipping through the new trade releases for the New 52.  I don’t plan on buying too many of them, except for the odd Batman book.  The one that caught my eye was the trade paperback for Catwoman Vol 1: The Game.

I stayed with the Catwoman title for the first story arc.  It was a decent story, but I thought it lost its spark after the first couple of issues.  I thumbed my way through the book to see if it looked any different from the monthlies I had already bought.  It looks nice, but I already own the story line, so I didn’t buy the book.

I flipped the book over and saw the sticker price.

If I had waited for the trade paperback I could have saved myself $2.95.  Almost the price of another monthly.

I’m surprised at the price.  I thought for sure the trade would have been at least $17.99 when it came out.

Now I am torn.  Do I keep buying my monthly books from DC, or should I cancel them all and wait for the trades so I can save a couple of bucks?

Sometimes I wish trades had consistent pricing.  If I knew at the beginning I could get Catwoman for a better price I would have waited and bought the paperback.  Plus reading it at all at once would make sense story-wise, rather than trying to remember what happened in the issue the previous month.

That’s all for this week.  It was a little bit of everything, but I have to run out the door.  I’m hoping to catch another screening of The Avengers.