Toy collector’s want variety, and we get tired of buying the same thing over and over again.  The toy manufacturers realize this. That is why they try and accommodate us “die-hards” by releasing figures you may not have heard of.  Or characters other collector’s may just pass by.  These figures are called “chase figures” or “variants”.  The reason they are so valuable to collector’s is because they are made in limited quantity, and are not supplied at the same abundance as mainstream characters (like Spider-Man or Captain America for example’s sake.)

Right now the Amazing Spider-Man 2 and Captain America: Winter Soldier Marvel Legends action figures are hitting your toy shelves. These waves include multiple versions of the movies heroes (namely Spidey and Cap), and also villains and “fringe” heroes who are the supporting cast.  But collector’s like me don’t want Spider-Man or Captain America.

Well we already own Spider-Man and Captain America or whatever hero you want to insert here.  We have the popular characters and honestly, I don’t need to own another one.  So collector’s like me want Black Cat, Red Skull, Baron Zemo, yada yada… and it’s tough for us to find these characters because us collectors are competing against each other to get these short supplied toys.

And here is where I get to the real reason for the column: supply vs demand = inflated prices. 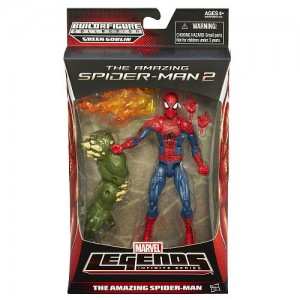 Toys have three markets.  There is your “primary market”, which is your mainstream retail store.  These are your Wal-Mart’s, Targets and Toys R Us’.  These stores are huge retail chains, with set price points and have the distribution power to sell toys all over our country.

Secondly we have the “specialty market”.  These are your local comic book shops and action figure stores.  Since the majority of stores in the specialty market are owned and operated by local entrepreneurs they have the ability and freedom to adjust prices according to supply and demand.  If they have a rare action figure (or toy), they can sell it for what ever their local market share can handle (meaning you can’t sell a $15 action figure for $40 if your local customers are unwilling to pay that price for it, even though it may be worth that to some collectors… but I’m getting there).

Thirdly we have the “aftermarket” or “private market”.  This is where eBay comes in.  The aftermarket is where you can find rare action figures, but you have to be prepared to pay high prices for it.  In many cases, “chase figures” are purchased from a primary market store, then sold at an inflated price online/eBay/classified ad.  In some collector circles these people are called “scalpers”, but isn’t that the point of free enterprise?  To make money?

I know the actions of “scalpers” (which I hate that term) bother people from the primary and specialty markets.  They are losing out on potential profit, if they were allowed to sell that same toy for the same price someone is willing to pay online.  So that opens another question… should retail chains be allowed to adjust the retail price in accordance to supply and demand?

Should they be allowed to jack up the price? 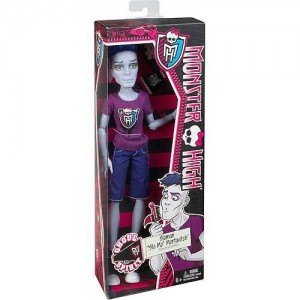 Here is an example for you.  Recently Monster High released a series of 4 dolls called “Ghoul Spirit”.  The series included 3 ghouls and 1 boy.  Monster High collector’s were going crazy for the boy (his name is Slo Mo).  Slo Mo was the chase figure from the series because only 1 doll was shipped in every other case.  You could find lots of the girls on the shelf, but Slo Mo was nowhere to be seen.  The suggested retail price of Slo Mo in Canada is $22.99.  At the time of this writing, Slo Mo is available on eBay for $55 to $95 USD.  That is quite the jump.  But because die-hard collector’s want him, they will be willing to pay those prices.

So… returning to the original question… Should primary market retailers be allowed to jack up the price?

Retail chains are there to make money.  Sure there are people profiting off of products they sold first, and in turn they are losing out on potentially more profits but that’s a fact of life.  And it’s becoming more and more prevalent with eBay and the sheer number of adult collectors out there.  The only thing that the primary market chain can do is put limits on the quantity of toys a “scalper” is allowed to buy.  Or be aware of the products they sell, and be selective of what time they put that product on the shelf.

In the end, us as consumers, we have to be aware of these trends because in the end we determine the value of the products our retailers sell.