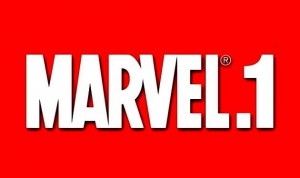 It was last year when Marvel started releasing .1 versions of our favourite comic books.  At the time I didn’t pay any attention to what .1 was all about.  I was reading a lot of IDW comics and only a handful of Marvel titles.  Captain America and FF was the bulk of my Marvel purchases.

A .1 title finally made it onto my pull list with Daredevil 10.1.  After reading that issue, I think the whole idea of .1 is amazing.  It just proves that the comic book universe can be explained to a new reader, with a concise “jumping on” point for that reader.  It also serves as a refreshing read, for the regular reader, who needs a quick update of what’s happening in the current story line.

We all know that comic book sales were declining a couple of years ago, and the publishers had to do something.  Marvel came up with .1, while DC came up with the New 52 and a complete “relaunch” of the DC Universe.  DC’s undertaking was huge with most of our characters having a complete makeover.  Other characters only had a few minor tweeks (Batman and Green Lantern especially).  The New 52 is a great jumping on point for a new reader, if the reader doesn’t follow from the beginning they may be lost after a couple months (as of this writing we are 8 issues into the New 52).  The best way to follow along with what’s happening is to buy the trades of all the New 52, but if you are like me, a monthly comic book guy, you will be lost.

That is why I think what Marvel is doing with .1 is amazing.  The Marvel universe hasn’t been rebooted, relaunched or retooled (except for Spider-Man which I can’t accept the Brand New Day storyline).  But with a .1 title it is easy for anyone to pick up and read that comic and find out who the character is, and what is happening currently.  Accessibility for everyone without changing the universe and character’s history… you got to love it.

Click here for a handy resource of all the Marvel .1 comics.  I didn’t realize so many .1’s had been released.  What do you think about Marvel.1?  Let us know in the comments below.

Since I called this article Knowing Is Half The Battle.1, I thought I would take the opportunity to make this a great jumping on point for any new readers.  This is my 101st post for Comic Book Daily, and I’ve been writing for Comic Book Daily for over a year now.

I am a huge fan of G.I. Joe.  I’ve been collecting for almost 30 years.  A section of my basement (or Fortress of Solitude) is dedicated to G.I. Joe and all stuff of geek (and my USS Flagg.  That’s right, I have the G.I. Joe Aircraft Carrier).

My other big passion is action figures.  Not only do I have my G.I. Joe collection, I also collect Marvel Universe, Marvel Select and which ever DC figure I find that I think is cool.

There is a good chance you will see me around at a Toy Expo or the Canadian G.I. Joe Convention.  I love digging through toy bins to see what I come across (last show I found a mint condition Mr. Bill for my friend Mr. Blue), sometimes you never know what you’ll come across.

Now that you’re up to speed, stay tuned next week for another great adventure.