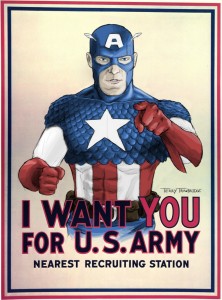 I know my columns are not hard-hitting journalism, or filled with hard-headed opinion.  I write about what I feel and what I like.  I like comics, movies and toys so that’s what I write about.

I’m not going to come up with earth shattering stuff.  I try to write a weekly column that will entertain.  It’s like throwing darts at the dartboard at a pub.  When you’re not very good at it (or drunk), you are ecstatic when you hit the dartboard, let alone the bullseye.

So this past week has been pretty crazy around Comic Book Daily.  There were two columns that really grabbed my interest.  One being Andrew Ardizzi’s column and my own about Kids and Comics.  What grabbed my interest was the feedback from you, our readers, in the comments section (it reminded me of the heavy debates that would happen in the comments section before I started writing for CBD).  Andrew and I wrote about two different subjects, but the comments had a common theme, we all expect something different from our comics.

Some of us comic book fans want every issue to be something new and different.  New ideas and new directions for our favourite characters.  These fans want something that has never happened before.

There is also a group of fans that want to maintain the status-quo.  They don’t want to rock the boat too much.  They are quite happy keeping the respective comic universes the same, with not too many changes.

Other fans want value for their money.  It doesn’t matter what the content is.  It could be a capes & tights story, or a gritty crime drama.  As long as they get their money’s worth for their comic, they are happy.

I am a mixture of all these examples.  And I know there are many more examples than that.

I look at comics as a form of entertainment.  I do believe that comics can be educational (depending on content) and they help promote reading to everybody (not just young people).  Not every book is a literary masterpiece, but it shouldn’t be dismissed as mindless garbage as well.

I want value from my comics.  I spend my hard-earned money every week on comics.  They are a luxury.  I don’t need to buy them.  I could easily save my money for other things.  But if I am being entertained on a weekly basis (and in the future with re-reads) I feel I am getting my money’s worth.  I don’t expect the creators to be accountable for their work.  It is what it is, and I don’t have to buy them. 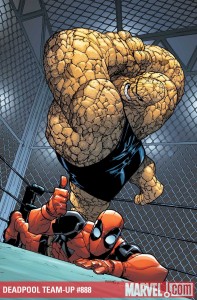 One of my favourite descriptions for comics came from fellow CBD’er Brent Chittenden.  He has often compared comics to professional wrestling.  I agree with him.

Professional wrestling tells a story that has been carried on for a long time.  The main characters are strong, athletic people who wear wild costumes.  The good guy fights the bad guy on a weekly basis.  And the industry is dominated by two large competitors (WWE and TNA/Impact).  That pretty much sums up the world of comic books.

My interest in comics is like my interest in professional wrestling.  Sometimes I am very passionate about it, and sometimes I have no interest in it.  But if I am uninterested it doesn’t mean I don’t love my comics anymore.  I need something to make me interested again.

We all expect something different from our comic books.  I think that is why comics are such a strange animal.  It is a hobby, but it is also entertainment.  We collect comics, much like we’d collect action figures, stamps or Coca-Cola bottles.  We have them sitting in little boxes in our closet (or where ever).  They may be framed and on display on our walls.  But is it also our source of entertainment like a movie or television show.  We read them.  Look at them.  And follow our favourite heroes monthly on their adventures, where anything is possible.

That may be the source of so much negativity at times towards comics, because everybody sees it differently.  While some people search for that perfect 9.8 graded “whatever” there are other people who would be happy to buy a 18th reprint of that same issue just so they could read the story and see the artwork.  If everybody expects something different from you, how can you please everybody?

Since this column was inspired by you, what are your thoughts?  What do you want from your comics?