Recently Scott reviewed Holy Terror.  To sum up the review quickly here is the best line from his review “this book is crap: don’t buy it.  I want my money back.  End review.”

I got thinking more about Scott’s review and writers and artists we love, who then start churning out garbage.  It is something that happens all the time.  Eventually all great artists and creators lose that special something that made their work legendary.  Some will get it back, but some never will and just fade into that good night.

There are many factors that lead to this decline.  One of them (as Charlie pointed out in the comments) is success.  When someone is successful, the effort is not there anymore.  If you are guaranteed to create “gold” every time you try, you won’t try as hard.  Eventually your half efforts are not enough.  Charlie said it perfectly in his comment “Some times it’s better to remain hungry.”

Another reason a creator’s star can fade is timing.  When you look at some of the most successful projects, timing had more to do with it than the project.  A good example is Watchmen.  Watchmen is the most successful and popular comics of all time.  The movie version of the comic is generally forgotten now.  How could one be successful while the other is an after-thought?  It comes down to timing.  When the comic was released the Cold War was on.  The threat of nuclear war was still a possibility.  There were still tensions between the USSR and the USA.  When the movie was released in 2009, it was still set during the Cold War of the mid 1980s.  If you were a kid raised post-Glasnost the Cold War doesn’t mean anything to you.  If the Watchmen movie was changed to the 9/11 War on Terror era the movie may have been more successful, but would’ve turned it’s back on the original source material and alienate the original fans. 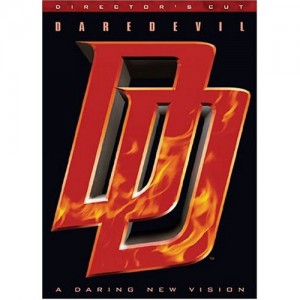 A creator’s work can turn bad from outside influence/interference as well.  Many times great work is created but a “boss” gets in the way.  One example I like to use on this is the Daredevil movie.  When this movie came out I thought it was horrible (and I didn’t blame it all on Ben Affleck).  I bought it on DVD and I thought it was horrible (why buy it if it’s bad… it’s a comic book movie, I had to).  A couple of years later I found the Director’s Cut of Daredevil, and I really enjoy it.  I had heard rumours that the movie was changed in post-production and the movie was changed from the original vision.  If a great creator has his work changed by the producers, is it the creators fault?

Could a creator’s fall from grace also be that they are over-rated?

Todd McFarlane has sold a lot of comic books with his Spider-Man run at Marvel and his own Spawn comic.  But after re-reading his stuff, it isn’t very good.  His artwork isn’t as good as when he was drawing Spider-Man.  In my opinion McFarlane was over-rated as an overall creator.  His artwork used to be good, but I am not a fan of it now. 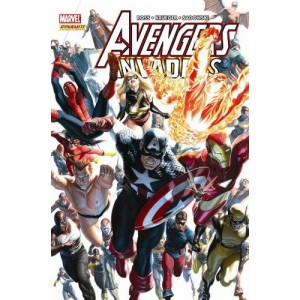 Another creator who may be over-rated is Alex Ross.  I love Alex Ross’ artwork.  His covers and pin-ups are the best in the industry.  Now I don’t read much of his stuff that he’s written (or plotted), but I picked up the Avengers/Invaders book that came out in 2008.  I thought I would give it a chance since I am a fan.  Wow… what a pile of junk that one is.  I really like the story idea.  Plus right now I love anything to do with Captain America, so I was very happy to pick it up.  But I am thoroughly disappointed with this book.  I don’t like trading my books back in or selling them… but I think that’s what I’ll do with this one.  Alex Ross may not be totally for blame on this one.  He was only the co-plotter on the book.  But his name is listed on the book first and his name is what will sell the book.  So in my opinion he has the big name on the book, he should get the criticism as well.

It is difficult seeing your favourite artists go bad.  As comic collectors we invest our time and money into their work.  Most of us don’t do it for financial gain in the future, we do it for the love of the creation (be it comic, movie or otherwise).  That is why you cringe when you see something that is… bad.  Fortunately the work that was legendary will always be around.  You can enjoy it at your leisure, and in the future you can pick and choose whether you wish to follow their career.  Thankfully there are new creators getting into the spotlight every day, and one of them will become your new favourite.