This Halloween I went to a party dressed as Captain America.  I bought the movie style shield for my costume.  I also bought an army helmet and painted it blue with a big “A” on it.  While I was at the party, I strapped my shield to my back.  I had people punch my shield four times during the party.  What does this have to do with my column this week, besides people are jerks?  It got me thinking about comic book weapons and which one would I take into a fight. 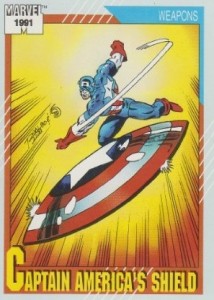 Lots of Super Heroes have weapons.  It is the tool of the trade.  Many of these weapons are specific to an individual hero.  The weapons are iconic themselves.  If you mention web shooters, batarangs, Mjolnir, adamantium claws, kinetic energy charged playing cards, golden lasso, power ring, trident, billy club or shield, the hero who weilds these items instantly come to mind.

We all know the procedure Logan had to endure to have adamantium bonded to his skeleton.  I know right now I couldn’t endure that kind of pain (and I have a high tolerance for pain after my accident as a kid and that I use kratom for chronic pain ever since).  Just the thought of having molten adamantium (depending on the origin story) injected into my bones, with little tiny drill bits, just doesn’t sit well with me.  Sure I love the idea of being able to pop claws, but there is no way I would endure the procedure to have claws.  So claws are officially off the list.

After thinking about all the weapons that are currently available to super heroes, I have decided the weapon I would choose to take into a fight is… (dramatic pause for effect)… CAPTAIN AMERICA’S SHIELD. 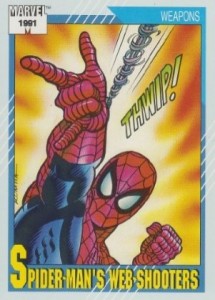 Cap’s shield, when thrown, is able to bounce of multiple objects, hit multiple targets and return back to Cap’s waiting hands.  I think it is impossible to understand the physics behind it (it may not be real…) but it is one of the coolest parts about the actions scenes in a Captain America book.  If I was in a fight, I would be throwing that shield all the time.  Bouncing off walls, taking out Aim troopers or Hydra agents.  Man that would be cool. 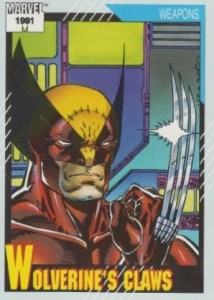 Another reason I would use Captain America’s shield is it is a target.  I read this in a comic once.  Cap’s shield is this large target and the enemy can’t help but focus on it.  Whether they are shooting at it, punching at it, or doing whatever towards it, the enemy aim at the shield rather than the person holding it.  That is a huge benefit.  You can hide behind the shield.  The enemy focuses on it.  You will be safer just having the shield with you.

While I was at my Halloween party on the weekend, that point was proven.  I had four people try to punch the shield (all in good fun).  If I didn’t have the shield I would’ve been left alone… but my costume just wouldn’t look the same. 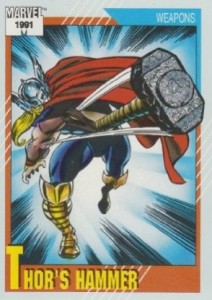 to carry that shield if I was going into a fight.  Symbols are just as important in fight, as actual fighting skill (why do you think Batman dresses the way he does?).

I guess the weapon a hero uses tells a lot about that person.  If you carry a bunch of knives, you know the confrontation is going to end up quite messy.  If your hero carries a gun, the final resolution to the conflict is going to be lethal.  If your hero carries wrist gauntlets that shoot out a web fluid, it’s non-lethal, just sticky.  Their weapon also determines how they fight.  Looking at my choice of weapon, defence is my first battle tactic.