Thanks to the success of comic book movies, the back issue market has been enjoying a resurgence. As a speculator, it’s been fun trying to anticipate and out maneuver all the rumors. I’ve been stocking up on certain books and did quite well with titles like Strange Tales #110, Tales to Astonish #27 and the more recent New Mutants #98. I gambled that the leaked test footage of Deadpool was no accident and it has really paid off for me. However, I’ve missed opportunities as well, namely Fantastic Four #45, #46 and #52. I’ve always felt these issues were undervalued and looking back, I should have made a more aggressive play for these, but with limited resources, you can only grab so many.

Rummaging through the dollar bins is also fun. I was betting on books like Nova #1, Ms. Marvel #1, Tales of the Teen Titans #44, and these have all paid off as well. I’ve also lost by betting on the on books like the Uncanny X-Men #283, the first full appearance of Bishop only, to have the market favor #282 instead, Bishop’s first cameo appearance. 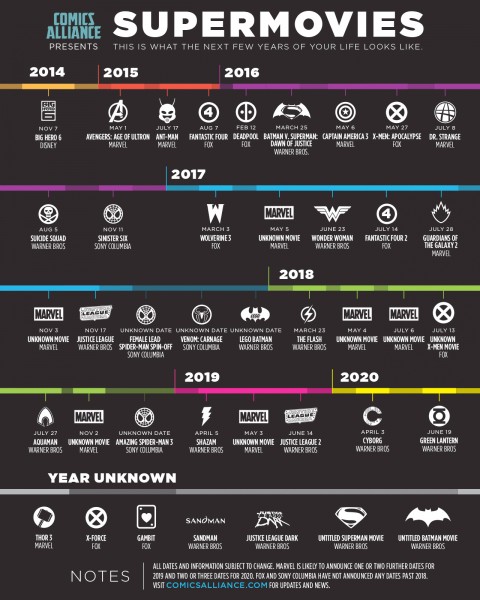 By now you’ve all heard the news from both Marvel and DC. You’ve probably seen their schedule of movies slated all the way up to the year 2020 and beyond (wow, 10 movies in 2017 alone). In 6 years, I’ll be in my 50’s so that’s some thing I don’t like to think about. I just hope I make it to see Cyborg on the big screen… but, one movie at a time. As much as I look forward to all the films coming down the pipe, I feel somewhat deflated by the announcements. There is no more surprise. Now that the schedule is out, every collector has jumped on the back issues and pumped up their values. Marvel and DC have ruined the fun of trying to anticipate the next big books.

As well, I can’t help but wonder about the current speculation bubble. Make no mistake, it is a bubble and the only questions here are, when and how hard will it pop? I’m not trying to be negative by claiming that the sky is falling, but let us put our love for comics and our emotions aside for just a moment and examine the situation: 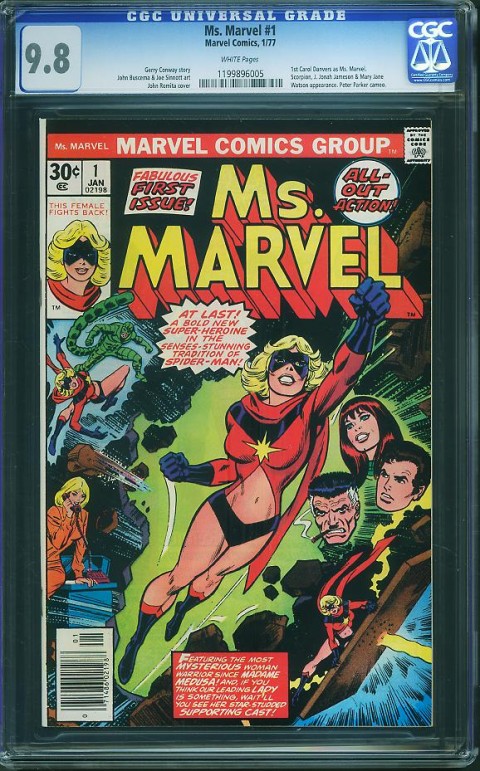 I like Ms. Marvel #1 and I’m happy that they’ve decided to make a movie about her. I understand that there is a demand for a female character to take the lead and I hope Ms. Marvel does well as Captain Marvel. But, as a former 1970’s dollar bin find, I was surprised to see graded 9.8’s trading for $500… ridiculous of course, but at least it was somewhat consistent with other dollar bin finds such as X-Factor #6, Hulk #271 and DC Comics Presents #26. However, to see this book recently get jacked up into the $1000’s seem overly optimistic. The last sale, from November 9, has this book reaching $2650… USD!! And other sellers have responded in kind by raising their asking price, some as high as $3000. Yes, it’s a free market and I enjoy the game as much as anyone else but it’s difficult for me to accept this as any thing but over exuberance. Who knows how long this resurgence will last, but if we’ve learned anything from our past, at the very least, I see this as a signal to tread cautiously. 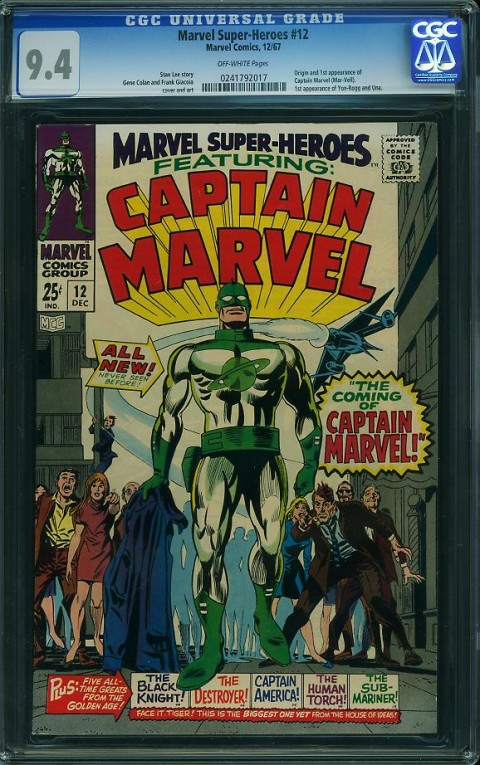 These days, the dollar bins have been picked clean, however, 2020 is still a ways out and both the back issue market and the movie schedule are likely to change. So, I’m still holding firm on books like Marvel Super-Heroes #12. I don’t know how a male Captain Marvel will fit into the movie universe but I feel there’s room for this book to appreciate. As well, I sold off a couple of copies of New Mutants #98 but I’ve also held some back because I can see this book going even higher closer to 2016. 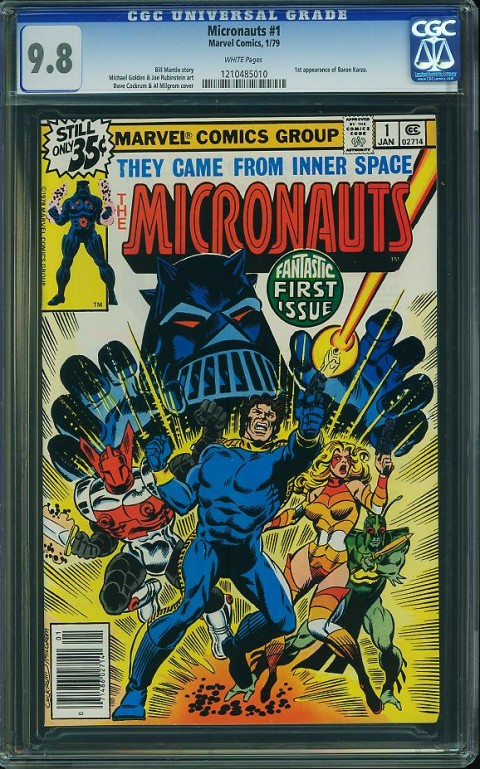 Other books I like: I never pass up an opportunity to pick up a decent copy of Micronauts #1 which can still be found in the dollar bins. Yes, it’s a long shot but if you’ve ever enjoyed films like Fantastic Voyage, I think Micronauts can be an awesome picture. Currently, everyone is looking at outer space but eventually, I think the spotlight may swing toward inner space as Hollywood looks for something a little different… but let see how things pan out for Ant Man first. As well, the Hulk buster suit from Iron Man #304 is looking promising for a modern book. Although it’s already shot up in value, it still remains affordable. Speaking of armor, I think Dark Knight Returns #4 has some potential as Batman squares off against Superman in their upcoming picture. However, any appreciation here may be realized after the movie, depending on how closely it resembles Millers depiction.

Although Marvel and DC have changed the mood, there is still lots of fun to be had. I think the key is to dig deep, think outside of the box and be patient. I’d love to hear about your own winners and losers or other ideas you may have, knowing of course that my Micronauts #1 will be tough to beat. However, if it can happen for Walters X-Force #2, then why not Micronauts #1? One thing I’ve learned from books like Adventure into Fear #19 is that anything is possible in the world of comics.