So. Did you guys get anything good this week? 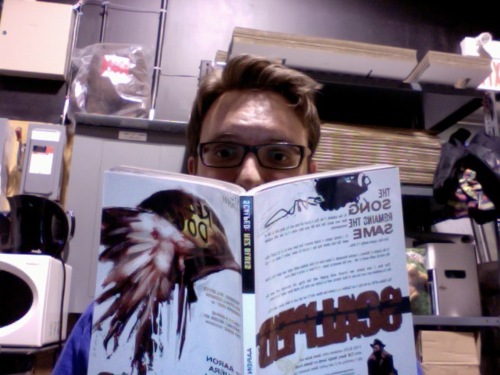 Damn you Scalped – you find a new way to break my heart every time.

There’s a strange emotional weight tied to each and every issue of Scalped. I don’t know if I’ve put it there having grown attached to pretty much every character Jason Aaron and R.M Guera has introduced me to. (Yes, even Diesel.) Or rather is it because I feel some sort of guilt having derived so much pleasure from watching all these characters self-destruct.

This volume starts with a beautiful story of survival that shows that true love can exist in some of the most barren worlds, and then goes to show that sometimes it can’t. This volume focuses on what’s not said – making use of the caption boxes that really hasn’t been seen since Daredevil: Born Again. 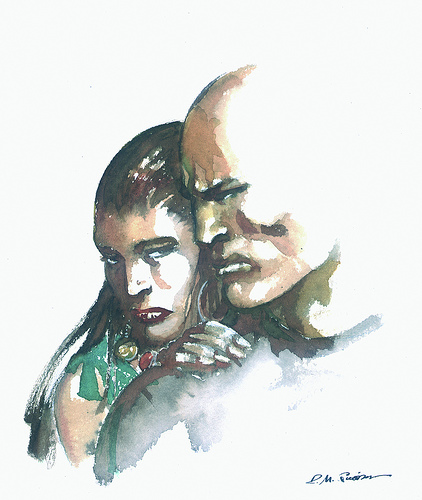 Scalped has transcended from being a crime comic to being a character study of the highest caliber. This is something that happened with HBO’s The Wire, while it may have been a police procedural at the beginning The Wire quickly became a microcosm about living in a corrupt society. The same can be said of Scalped. There is so much more to Scalped then the ‘hook*’ of the series. It’s the best thing being put to paper right now.

The boys over at ComicTwart are giving their take on Preacher. Take a look at Declan Shalvey knock it out of the park: 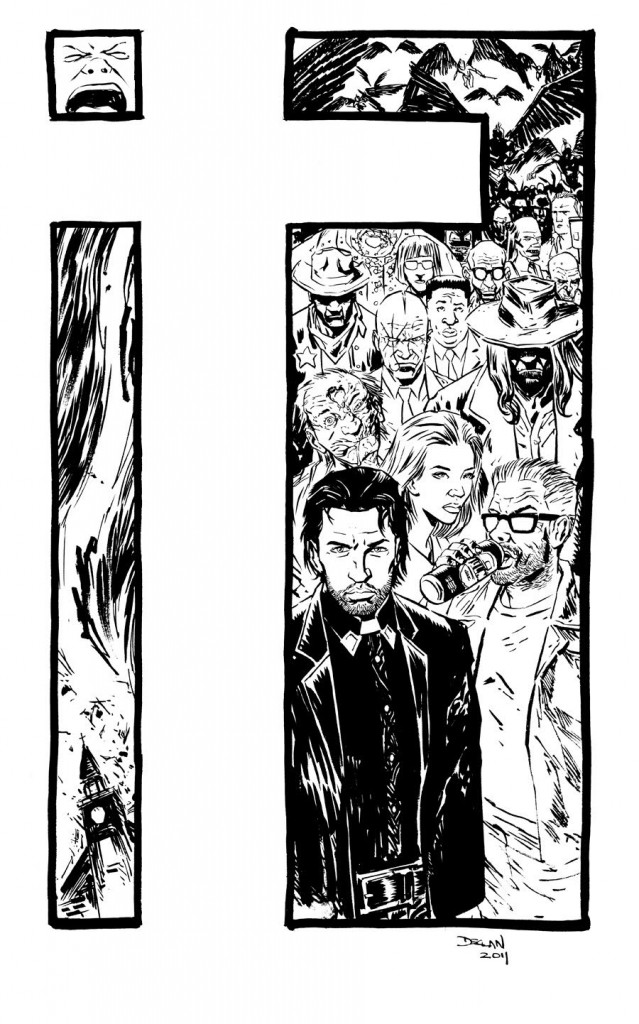 I’m thinking that fellow twarter Nathan Fairbairn should do a quick pass with the color on that thing. It could easily be a print**.

And finally.. because it was brought to my attention when I was looking at Dennis Culver’s interpretation of the Batman Incorporation I realized that he took his basis for the Batman-From-Japan from Cliff Chiang’s version of the “Science Ninja Hero Batman” costume designed as part of a Justice League/manga amalgam:

I’ve never wanted to read something so bad before.

Well, at least – this week.

And that’s it for me. See you next week!