Last week I came across an almost complete run of the 1980’s Marvel magazine Epic Illustrated in ultra-high grade raw shape. So I bought them all! Now Epic Illustrated has been on the radar ever since it was announced that Marvel was doing a movie version of Jim Starlin’s Vanth Dreadstar character from Metamorphosis Odyssey.

I was never really that into Epic Illustrated or Heavy Metal for that matter. I always felt that they fell far short of their stated goals. The idea was great, that the creators basically had total control of what they were doing, without having to worry about the comics code or any editorial limitations or restrictions.

Unfortunately this usually meant some gratuitous sex and nudity with the odd curse word stuck in there to make it “adult” entertainment. 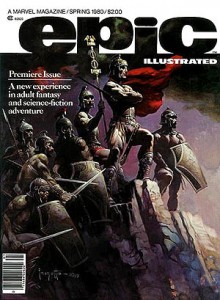 Now I am just familiarizing myself with these issues. The first year was published quarterly and in its second year went to bi-monthly status. The covers in that first 2 years were quite memorable! The 1st issue has an exquisite Frank Frazetta painting, that you will find enclosed in this article. It was followed by covers by Richard Corben, Paul Gulacy, Barry Windsor-Smith, the brothers Hildebrand, Neal Adams and Mike Kaluta. All masters in the field of Fantasy and Sci-Fi storytelling. The mags themselves held a rather eclectic assortment of stories, with a few real gems mixed in.

By its third year there was a feeling of consistency and some great stories like Marada the She Wolf, which was recently re-released in a deluxe edition. John Bolton was one of the gems that shone from the pages of Epic Illustrated.

I am just going through these for the first time in 35 years, so I am interested to see if my outlook on these mags have changed over time. I will report back after I have a chance to peruse these issues.

I really miss the magazine format of the bronze age. Yes there were some rather forgettable issues in the black and white line, but I really enjoyed the Marvel Preview, Bizarre Adventures and a lot of the long running series like Planet of the Apes that featured some great and unique Mike Ploog artwork. The outstanding ink wash Gene Colan and Tom Palmer would bring in Dracula Lives and some of the great Walt Simonson Rampaging Hulk stories that were inked by Alfredo Alcala. And of course the longest lasting of them all, Savage Sword of Conan, with some of John Buscema’s best Conan work. 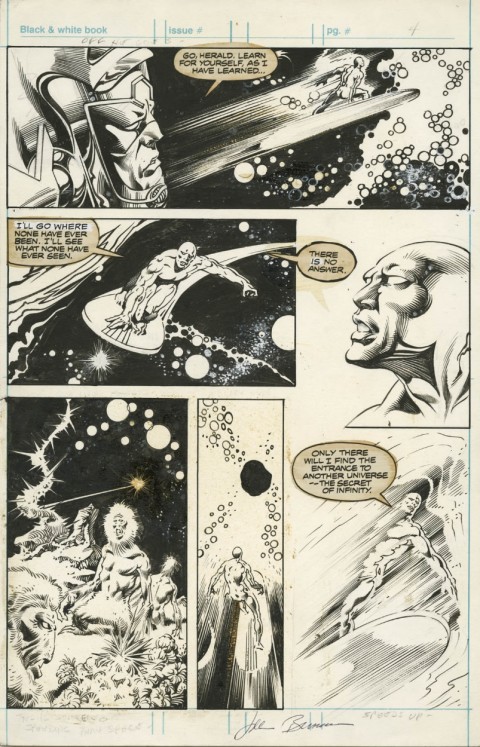 But I digress. Anyone else miss the black and white mags of the 80’s? If so, what were your favorites? These books can usually be picked up at very reasonable prices, even when they are in NM and better shape.

Definitely worth looking into!