One of the difficulties facing sequels (or prequels as the case may be) is that they are always compared to the previous entries in the series. And while each entry should be viewed on its own merits, comparisons to the original are inevitable.

The first two entries in the Batman: Arkham series of video games (Arkham Asylum, 2009 and Arkham City, 2011) are fantastic games and some of the best that this generation of video games had to offer. The combat was tight, the voice acting superb, and the gameplay perfectly suited for the Darknight Detective. So when development for a prequel was shifted from Rocksteady Studios to Warner Bros. Interactive’s Montreal studios they had some big shoes to fill.

Mostly, Batman: Arkham Origins does a great job and is a welcome entry for the series. The story nicely sets up the Arkham game universe and established the first time the Batman meets the Joker. Large portions of the game map will be familiar from Arkham City (albeit newer and less destroyed) and the combat and gameplay are identical to the previous games. Even though Batman is early in his career, he has a large arsenal of gadgets to battle crime throughout Gotham, which he will need to fend off an army of assassins who are trying to collect a $50 million bounty on his head. 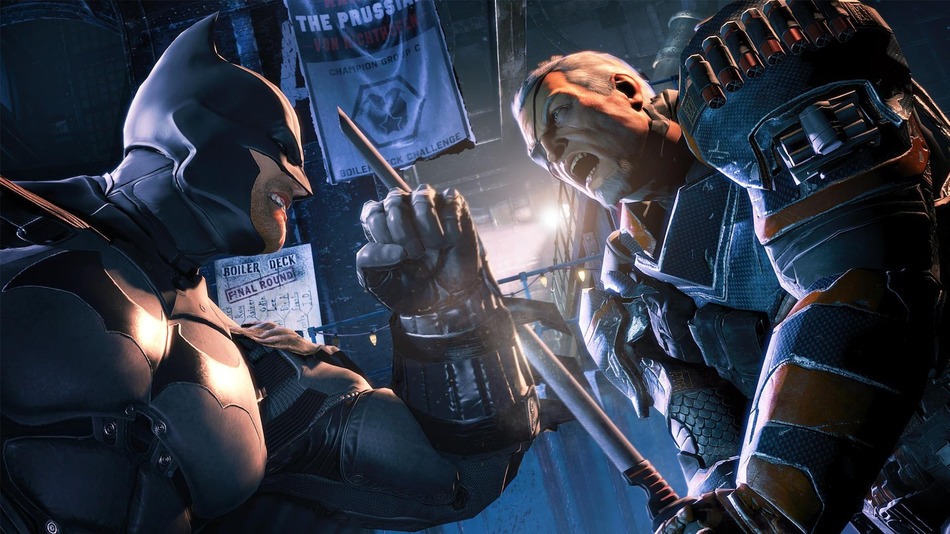 The assassins are made up of well and lesser-known killers from the DC universe (including Copperhead, Electrocutioner, and Firefly), but the real challenge comes from Deathstroke and Bane. The Deathstroke battle occurs early in the game and is arguably the most difficult challenge you will face. Indeed it was the part of the game where I died the most. Facing Deathstroke requires you to develop fluidity with the combat mechanics of the game, and after defeating the mercenary assassin there is no other boss fight that carries with it the same level of difficulty.

The boss battles are one area in which this game proves itself superior to its predecessors. Each fight with an assassin or major villain provides a unique challenge and worthy set piece to a visually appealing game, even when the difficulty pails in comparison to Deathstroke.

There is much more to the game than fighting villains, and there are numerous side-quests and multiplayer combat challenges to keep a gamer interested long after they have completed the main storyline. The Riddler has a large number of hidden items to discover, random crimes need to be stopped, and murder cases need to be investigated using Batman’s technology.  All in all the game should provide the completionist upwards of 35 hours to work their way thought every nook and cranny of Gotham City.

All this being said the game doesn’t quite live up to the high standard set by the 2 previous entries. It is frequently buggy, with loss of frame rate and glitches throughout. I often found enemies “running” at me but staying fixed in one position, certain context buttons wouldn’t work without reloading the game, and for the Bane fight I found myself frozen in place when I jumped on his back (this also required a restart). I’m sure that as time goes on this will be fixed though a series patches but to release the game with such issues shows a lack of refined play-testing and weakens the overall product. 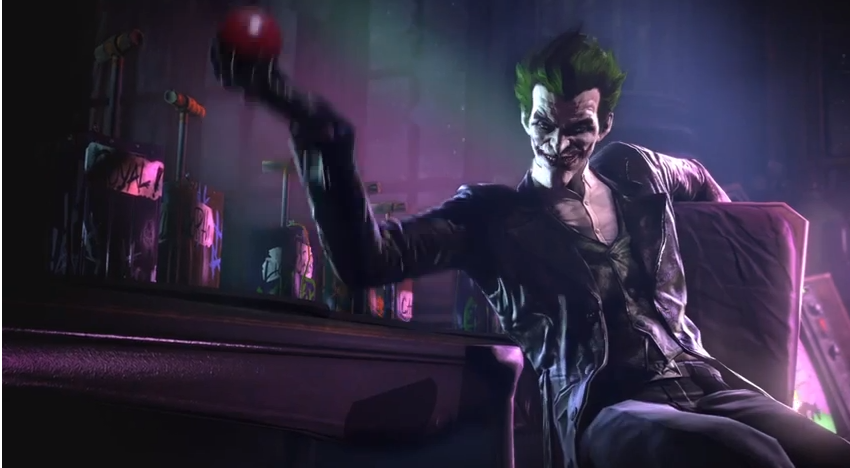 The game is still well worth the price of admission and the Batman Arkham Trilogy is a great story and a welcome addition to the Batman mythos. Drawing from the best parts of the character’s 75-year history, Batman: Arkham Origins is able to create something new from the familiar and satisfy both gamers and comic book fans alike. Not an easy task.