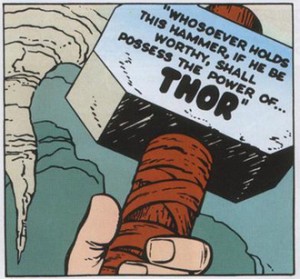 I love it when the industry gives us a news story that causes great debate. We have seen it before, of course, with the Death of Superman, the Clone Saga, and Quesada getting the EIC job; the list is endless. But we have never seen a company cancel the vast majority of its titles and start up with 52 new number one issues.

Let that sink in if you have not already struggled with the scale. 52 new number one issues. This of course is madness; it is lunacy; it is genius. The move is pure marketing gold and illustrates the struggle to attract readership, the fickle nature of the industry, and a weakness in the medium.

Comic books are the perfect medium for long episodic storytelling. They can allow for meticulously crafted storylines built up over years. They are often compared to soap operas, and the comparison is appropriate except for one small issue. Time doesn’t pass in comic books. Superman is essentially the same age as he was back in 1938. Spider-Man has slowly aged; maybe 10 years in the last 40 years. Mostly though, characters just stay the same, but get decade appropriate fashion updates. 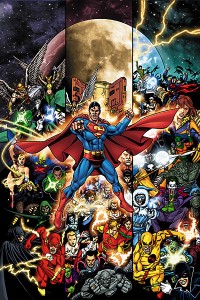 Every story needs a beginning, middle, and end. That is just how stories work. So eventually a comic book starts to buckle under the weight of its own continuity. And it needs to be rebooted. Or renumbered. Or a “great new jumping on point” is created for readers. The most critically acclaimed comic books all have had an ending. Dark Knight Returns, Watchmen, Sandman, Preacher, Maus, and Bone all had an ending. The story was finished.

This doesn’t mean that we can never have another Preacher or Bone story; it just means that one interpretation of the character ended, so another one can now be created. Comic books need an ending, or they need an ending for the character. Let’s take Batman as an example. Eventually Bruce Wayne gets pretty old. Or he should. Basically Batman mythos tells us that 1 or 2 things should happen: Dick Grayson takes over as Batman, or Bruce Wayne spends some time in a Lazarus pit. They actually did the first one and they still brought Bruce Wayne back. They had the perfect opportunity to make some permanent changes (Bruce Wayne could have worked behind the scenes) but they created the convoluted and ultimately cancelled series of Batman Inc titles.

If your continuity (which does matter, Scott) is so convoluted that you need to kill someone, make a deal with Mephisto, or have a Crisis, then you have dropped the ball as a publisher.

Ten years ago the Ultimate line at Marvel was so popular because it took all the good stuff from Spider-Man and the X-Men and updated the goofy 60’s stuff for the new millennium. If you wanted to read a Spider-Man story that was recognizable and made sense you read Ultimate Spidey because JMS was giving continuity in ASM a good smash to the face. Ezekiel and Morlun my ass McBain.

DC needs this reboot, or restart, or do-over, or whatever you want to call it. Now don’t get me wrong, 52 titles is nuts. There is no possible way that all 52 will be successful. Some look like vanity projects that will barely make it to issue 12, but the industry loves its “let’s throw stuff at the wall to see what sticks” mentality.

Comic book fans need to realize that it isn’t possible to keep reading more and more stories about their favourite heroes in the same decade. They need to end. The industry should look at other media for inspiration. No one really is bothered by another Sherlock Holmes movies. The character has transcended a single story frozen in time. That is why we can always watch a new Batman or Superman movie every ten or twenty years, as the origin story is gripping. But if you an 8-year-old kid picking up a Superman comic book for the first time how would you know how he got to earth? Maybe from movies or television shows. DC is attempting the difficult task of bringing in new readers while keeping the old. It is a move that is both brave and bold.