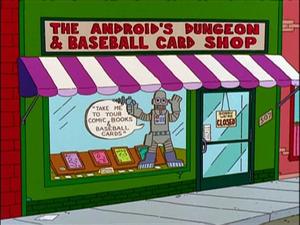 I love the local comic shop. This may come as a surprise to some of you due to both my support for the digital medium and also my earlier articles about not supporting crummy shops. I still stand by all that I have written. A big majority of shops still are awful, awful places and should be left to wither. The other day I was in one such shop; a customer comes up to the counter and asks when a certain product will be available. The store owner says (and I’m not kidding) “I don’t f***ing know” and goes back to whatever task his dinosaur brain had deemed more important. Stay classy comic shop. Stay classy.

But I digress, this article is about all the things I like about the comic shop, and where I think the model is going in the future. Think of it as a ‘glass half full’ companion piece to my earlier article ripping comic shops a new one.

I remember being a kid and getting so excited about the concept of the comic shop. There was a store and all they sold was comic books! The selection was much greater than my local newsstand and I could even get older books. I still carry a bit of this youthful wonder every time I enter a shop.

What really makes a shop are the people. Those kings and queens of retail behind the counter who dispense sage advice on the various wares are always available to talk comics. And then there are the customers. Sure, it is the general public who come into a comic book store, but it is also a very intense, passionate portion of the general public. I have seen serious debates on the attractiveness of Mary Jane and Wonder Woman, countless who would win scenarios, and hipsters talking about whether all of Image comics was meant to be ‘ironic’.

When I worked in a comic book store I had a man try to pay with apples, and another time a gentleman came into the shop looking to buy Superman pants. “You mean tights?” I asked. “Yeah, yeah, his pants”. Awesome. Just awesome. You do not get those types of questions working in a grocery store.

The comic book shop is the town square for comic book nerds. It is a place where not only can you purchase what you enjoy, but you can also discuss the hobby with like-minded people. We try to create as much of that as possible here on CBD.

And that is why I don’t agree that digital will be the end of the local comic shop. It merely provides more access to support the medium. You can buy underwear online, but you don’t see underwear shops worried about the internet killing the brick and mortar underwear store. Comic shops will need to adapt, but they have always needed to adapt to change. 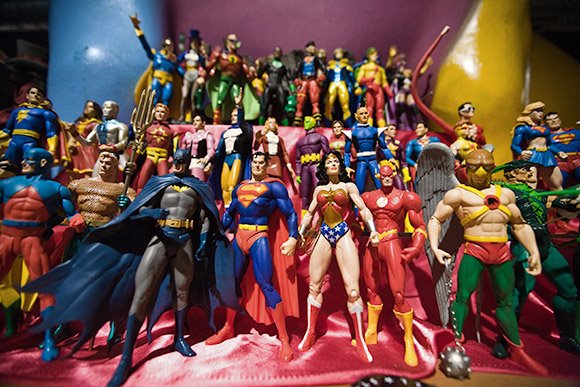 Let’s pretend that in the not-so-distant future hard copies of comic books do not exist. Every comic book company has decided that digital is the only way to go. The local comic book shop would still exist. They would sell gold and silver age CGC’d beauties and  older comics, classic hard copies of things like Battle Chasers and Knightfall. They would sell more toys and shirts and games. The companies can go digital all they want, but licensing makes them a lot of money. And I still can’t wear a digital Thor T-shirt. And they would still sell hardcover collected editions because people like Scott will always exist and they want their oversized hardcover editions!

This shift will require some shops to chance their business model. Part of the reason why I am so hard on shops is that comic books store are not weird little fringe places anymore. By selling trades, toys, and t-shirts you are now competing with Walmart, Chapters, and Toys R Us. These places look clean, bright, and professional. While you may not always get excellent customer service from the above chains there isn’t a running gag about how their workings are surly and overweight.

If you are getting into to the hobby, or just getting back into reading comic books again I strongly suggest that you find yourself a local comic shop to frequent. And for those of you who have a shop you know and love comment below on why you enjoy your local comic store.