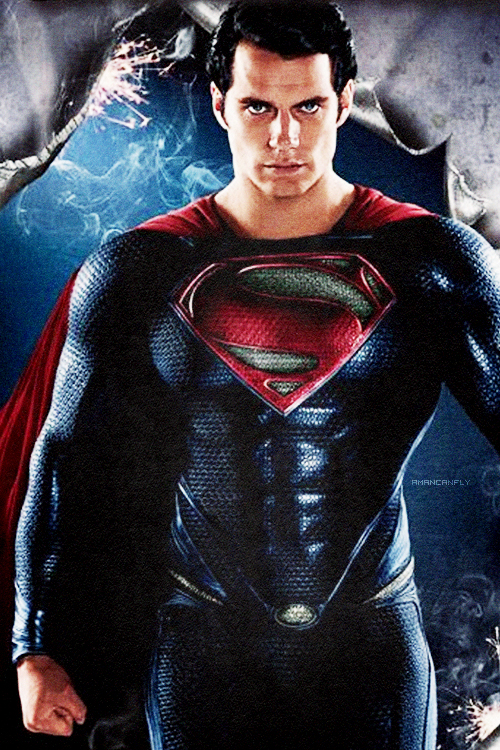 There is no superhero, not even Batman, that is much of a worldwide cultural icon as Superman. Everyone knows who he is, what clothes he wears, and what powers he has. Everyone knows who his girlfriend is, who his best friend is, and where he works. Everyone knows that he fights for truth, justice, and the American way. Everyone except the people who made this movie. I’ll preface this entire column by saying that there will be spoilers so you should stop reading if you care about such things.

I’ll also say that this was actually an okay movie, but it was a horrible Superman movie. It was better than Superman Returns or Superman IV, but that isn’t saying much. I probably liked it about as much as Superman III. And yes I totally understand that Supes III is an 80’s gong show of epic proportions that not even the comedic genius of Richard Pryor could fix (and Robert Vaughn is really trying as fake Lex Luthor). My main issue isn’t that Superman is edgy (although that is lame), but that the film doesn’t adhere to its own rules and logic.

First let’s deal with Superman snapping Zod’s neck. Sharp-eyed fanboys will point out that our buddy Kal-El executed Zod in Superman issue #22 and in Superman II. In the comics the move was controversial, out of character, and kind of stupid. So much so that subsequent writers took Superman into space and had him pretend to be a different hero for a bit while he sorted his stuff out. Cause for Superman killing anybody messes with his head. As for the Superman II movie version of Zod’s death remember that the original director was kicked off the project. So even though Superman lets a depowered and human Zod fall to his death down an icy cravasse in the movie, the original idea was very different. And why? Because Superman always finds another way.

It doesn’t actually bother me that Superman kills Zod because that is this director’s interpretation of the character. In this story he struggles with a choice and chooses to kill to  protect humans. The problem that I have is that it ignores the logic that the movie has set up regarding his powers. He has Zod in a headlock and Zod is about to use his heat vision to turn some innocent bystanders into crispy fries. So while Superman could snap Zod’s neck to save the humans he could also fly away with Zod to save the humans. Also if he was so concerned with human life he maybe should have fought Zod in the arctic instead of punching him through a bunch of buildings that fell on people. It is like we are watching an episode of Dragon Ball Z with all the punching through buildings and crushing of innocents. It just seems so out of character for someone who is continually referred to in comics as the Big Blue Boy Scout. And that is the point of Superman. When faced with impossible odds and difficult choices he  always chooses the hard path that saves the most life. Otherwise he could just kill everyone he faces. It would save time and taxpayer costs on incarceration fees.

And that seems to be a continual problem with the movie. Each character seems off, and their actions are conflicting or nonsensical. Perry White wants to bury a story about Superman because if Lois is right people will freak out? Wow, solid job as a newsman there Perry. And his nameless assistants were so forgettable that I can’t even tell you their names. I can’t even tell you the names of any Kryptonians save Jor-El, Zod, and Lara. And I should be able to tell you a character’s name. If I have been watching a 2.5 hour movie and can’t remember the name of a character they don’t need to be in the movie. And if you are just adding characters with no personality or motivation of their own you have a problem and a pretty weak script.

All that being said the main cast was very strong, they just didn’t have much of a script to work with. As an audience we really don’t see a reason why Lois and Superman fall for each other. They just kind of meet and then are making out. The entire movie seemed to be an exercise in progressing plot from point A to point Z with very little regard to character progression. Indeed, the dramatis personae seemed to be dragged to the conclusion at the same breakneck speed as the rest of us, and seemed genuinely surprised at the outcome.

As benefits a movie of this magnitude the visuals are spectacular and special effects Oscar worthy. The problem is that we have come to expect such things. Great specials effects are only a baseline requirement for a blockbuster now so at times they fail to impress. The tag line for the 1978 picture was “You will believe a man can fly”. At the time it was game changing to see Superman brought to life on the big screen in that way (previously he had only been in cartoons or on television), but in the last 35 years there have been a few advancements in technology, so seeing a man fly isn’t as impressive anymore.

My final gripe is the lack of acknowledgement of a shared DC universe. Okay I was hoping for some post credits scene where Clark Kent interviews Bruce Wayne or something, but I would have settled for Gotham City being on the news. But I’m not sure that they even mention Metropolis by name, so that might have been too much to ask for. Still if you are trying to set up a JLA movie (and you should be) there really seems to be a missed opportunity here.

I would say that people will get there money’s worth out of Man of Steel, but it really isn’t very good. You’ll be entertained as long as you aren’t a Superman purist, otherwise this movie will be your kryptonite.