(Whosoever Holds This Hammer appears every Tuesday exclusively on comicbookdaily.com)

Well my legions of fans, after a bit of a vacation last month I am pleased to announce that WHTH is back, and back with a vengeance. Due to rabid fan support WHTH is going weekly!

So, in this first of my new weekly columns, I thought that I would discuss a subject near and dear to all fanboys and fangirls out there: which is better Marvel or DC? 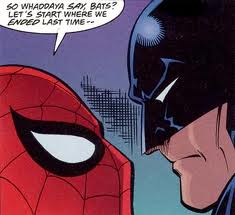 Obviously from the title of the column you can see that I feel Marvel provides the superior product. The answer is almost a gut instinct for me. Why is Marvel better? It is just is. And so I set out to qualify this statement with some reasoning and cogently presented arguments. 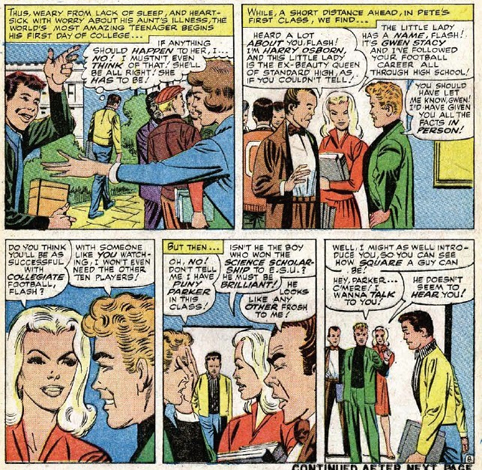 The real reason why Marvel is better than DC (the majority of the market share belongs to the House of Ideas) is that the Marvel Universe is better than the DC Universe. Or rather, the rules of the Marvel Universe are better. No one could ever argue that any Marvel Hero is “better” or “more important” than Superman. The Big Blue Cheese is the most important super-hero ever created and will stay so until the end of time. But the shared universe in which Superman exists is inferior to the shared Marvel Universe.

DC always had great ideas for heroes. Superman, Batman, Wonder Woman, and Green Lantern are all excellent super-hero ideas that have become part of Americana, but everything else surrounding them is pretty dull. Even the personalities of the heroes are somewhat dull. Most DC heroes are ridiculously overpowered, so much so that we as readers never really are worried if they will win. In the 40s and 50s readers didn’t buy comic books to see if Superman would win, that was a given, but they bought books month after month to see how he would win.

That is why in 1961 the Marvel universe was such a refreshing product for readers. Sure the heroes have amazing powers, but they also have real life problems to which readers can relate. They exist in our universe with a few minor tweaks, whereas the DC characters truly exist in some mythical place.

But DC is forever shackled to it top tier characters and readership is reliant on going back for the umpteenth time to see how Superman will save Lois from Lex Luthor. Deathstroke the Terminator, Steel, and Lobo have not managed to jump to top tier characters. The JLA always has to be Batman, Superman, Wonder Woman, Flash, Green

In contrast the Avengers (of which there now are several teams) works with a variety of characters (such as Hawkeye) who, despite being goofy second tier players, draw readers every month.

While it is true that some writers at DC have created new conflict for the characters (e.g. Geoff Johns’s Green Lantern), DC will always be shackled by these overpowered characters that can’t really lose. The DC heroes are lords of the universe, while the Marvel heroes are doing their best to stop evil (Kurt Busiek even plays with this idea in the JLA/Avengers mini-series).

So, more simply put, DC sucks. And it sucks because its universe grew out of overpowered superhero ideas. Don’t get me wrong, I love some DC stuff. Green Lantern is great and only commies don’t like Batman, but the DCU will always be held back by rainbow kryptonite, super-horses, multi-verses, and heroes that really can’t lose because they were never created to fail. Marvel is better because its stories provide the reader with the conflict that is the essence of all drama.