My recent Pick 5 focused on Canadian Superheroes.  Since Independence Day just recently passed, I got thinking of heroes who fought for “Old Glory”.  Here is my list of American Patriotic Superheroes. 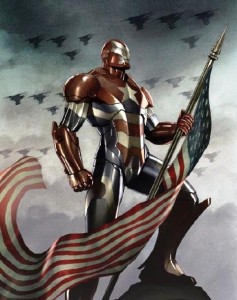 The Iron Patriot was Norman Osborn.  Osborn replaced Tony Stark as Director Of Shield, and devised the Iron Patriot armor.  Even though Osborn is one of Marvel’s greatest villains, he was a patriotic hero (well… in public perception only). 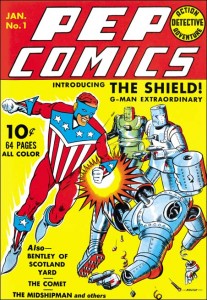 The Shield was one of comics first Patriotic Superheroes.  He debuted 14 months before Captain America.  Check out Undervalued Spotlight for more details on this comic and Hero. 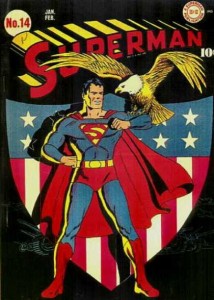 Superman has always fought for truth, justice and the American way.  And after 73 years he is still considered an American cultural icon. 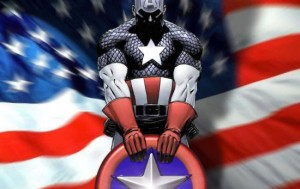