Last week the movie posters were released for this summer’s G.I. Joe Retaliation.  One of the posters featured was of Dwayne “The Rock” Johnson as Roadblock.

Dwayne Johnson also had a recent successful appearance at Wrestlemania, which proved he is a huge action movie star and still the “most electrifying man in sports entertainment”.

Jesse “The Body” Ventura appeared as a guard in Batman and Robin.  It was a small cameo appearance, and he was quickly dispatched by Poison Ivy.  The also marked Jesse Ventura’s third big screen appearance with Arnold Schwarzenegger (the other two being The Running Man and Predator). 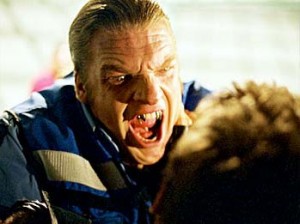 Vince McMahon’s son-in-law’s appearance in Blade Trinity is virtually forgettable (the vampire pomeranian was more memorable on screen than Triple H).  Considering the success of wrestlers in film, you would think that Triple H would make more movies.  But since he is part of the “first family of wrestling”, he is set for life with WWE and will be running things there some day. 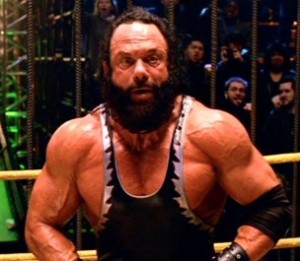 Randy “Macho Man” Savage appeared as wrestler “Bonesaw McGraw” in Spider-Man.  I guess they had to change the character’s name in the movie because I don’t think they could get Macho Man to play a character named Crusher “Hogan” (if you remember the Mega-Powers did collide).  Sadly Randy Savage passed away in 2011 of a heart attack while driving.  He was one of the greatest wrestlers of all time, and hopefully will be in the WWE Hall of Fame some day. 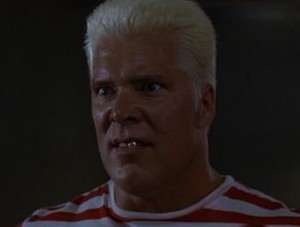 “Big Sexy” Kevin Nash played the Russian in The Punisher starring Tom Jane.  The fight scene between Castle and the Russian was awesome.  Frank was able to hold his own against the Russian’s imposing size.  One of the big differences between the movie and the “Welcome Back Frank” story line is the Russian talked a lot in the comic book. 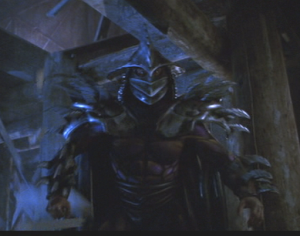 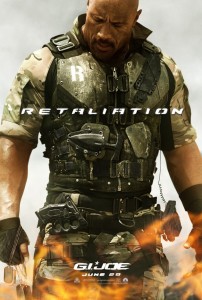 Ok.  Everybody knows that the Rock is going to be in G.I. Joe 2.  I think it’s going to be the biggest movie of the summer.  I can’t wait.  If you look closely at the poster at Roadblock’s belt, you’ll see “brass knuckles” that look like gun grips.  Check out the G.I. Joe Retaliation Prelude comic book from IDW for an explanation on those.  It’s pretty cool.