The background in a comic is a place where nothing happens. 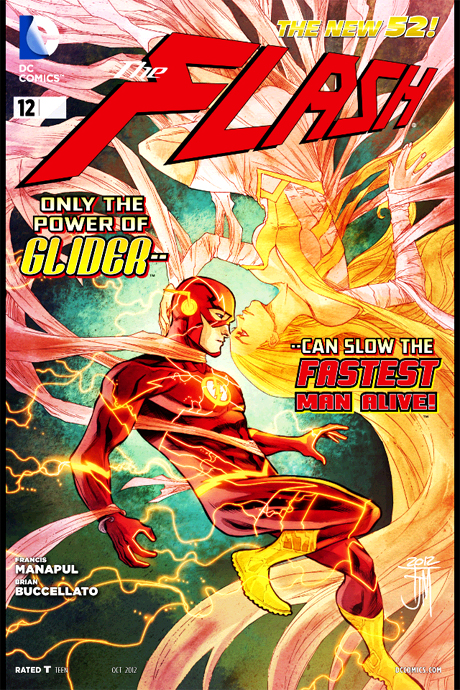 In comics, a lot of the background space is often sacrificed in order to tell the story with dialog and narration AKA: the words.  The background is also occasionally the place where cool things happen: inside jokes, illustrated signatures, nods to heroes and even acts of vengeance towards difficult publishers.

I recently noticed a few panels in Flash #12 that seemingly observed the cast of LOST peopling the streets of Central City accompanied by the words “you’re an inspiration to me.”  This, to me is quite a blatant nod to the work of Lindelof/Cuse and Co.  My point being that Manapul is a ‘Losty’.  I can see Juliette, Sawyer, Charlotte, Michael, Walt, Locke and Faraday.  I did actually Tweet both Lindelof and Manapul to point this out too, needless to say… I didn’t get any love back. 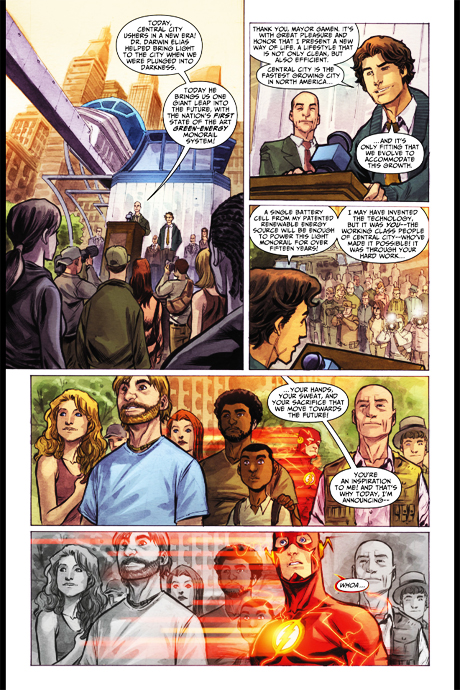 Hugo and Sun too… 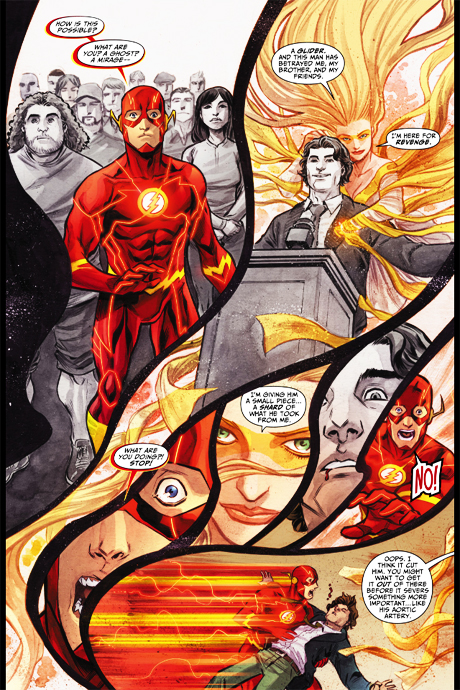 There’s also a fairly well-known incident involving a guy from Disney.  One of the animators was sacked from the company and In his final days at Disney — and while in the midst of grafting on the backgrounds for the movie: The Little Mermaid — he allegedly decided to discreetly give Disney ‘the finger’ in a way that will probably be a part of the movie forever more, or at least until they re-work it in 3D.  Please see the rather obvious object hiding in plain site in the palace. 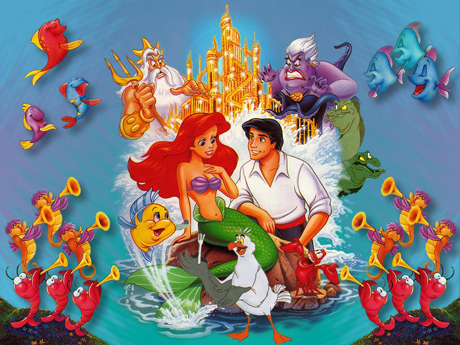 I’ve seen and heard of instances where writers and artists will put their name on something in the background like: “Jack’s Diner” or “Stan’s Junk Shop” or whatever it might be.

I’d love to hear from you on this!  if you know of any classic background madness.