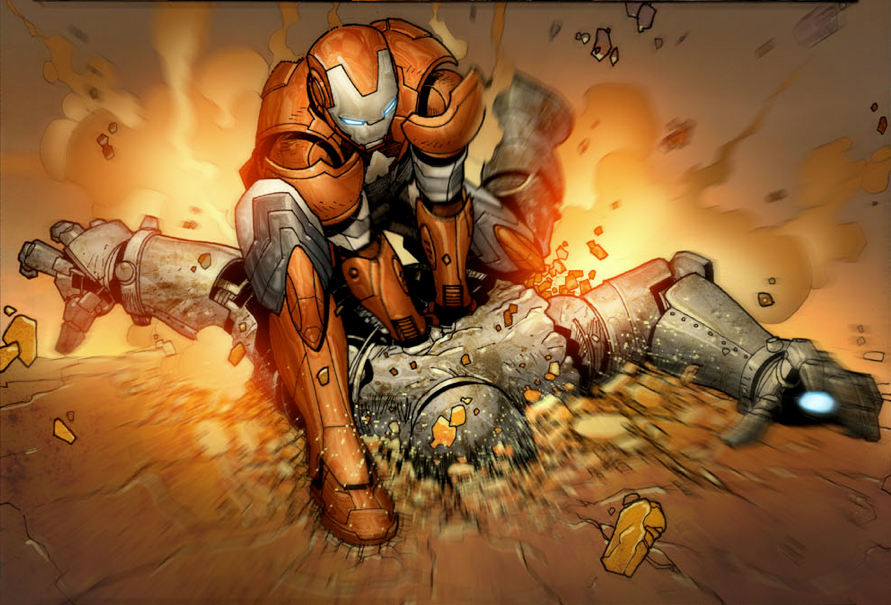 So after our podcast this week, a listener wrote to me talking about how he was thinking about why the Iron Man comic hasn’t really translated into huge sales, given the enormous success of the movies.

The comic itself was further ostracizing. The movie “Iron Man” cherry-picked the most fun, glamorous, dynamic elements of the 60’s-80’s to put in. Any new reader picking up “Iron Man” expecting to see that version of Iron Man was in for a shock. Instead of likable, though rascally, fun-loving playboy Robert Downey Jr they got an unlikable pr!ck, working as the US Secretary of Defense and recently one of the architects behind a massive, unpopular Super-Hero Registration Act that almost tore the (Marvel version of the) US apart. So……..not exactly light, fun reading! And not the “Iron Man” they saw onscreen. Definitely not the “Iron Man” a kid would want to read or one a parent would want to buy for a kid (providing the parent would even go to a comic store/find a comic store to buy it!)

This topic made me start thinking about how many people buy comics based on what they have seen in the movies or on television. If Marvel is going to continue to make movies out of their incredible line up of characters, than at least they should start to have comics that reflect what is happening in the movies. Believe it or not, that is one of the reasons I stayed away from DC for a long time as a kid. I would watch the cartoons and the Batman and Wonder Woman shows and really love it! But then I would go to the store to pick up a comic and they would have Batman and the Outsiders (what the heck is an outsider and who is Geo Force?), Robin was no longer Dick Grayson, and Wonder Woman wasn’t fighting Nazis anymore. It’s not that I didn’t like the characters, they just had nothing to do with the characters I already grew to love. 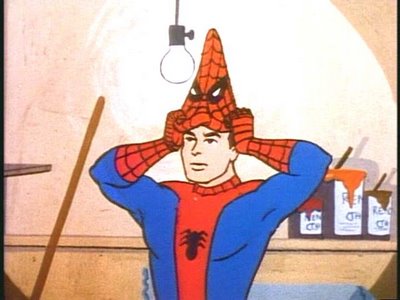 So, I decided on Marvel instead. The continuity between the Spiderman cartoons and comics, was pretty much the same. Mysterio would try to steal some sort of statue or jewelry from a long-lost movie or something like that, and that would be the story. Cartoons and comics matched. Not so with ANY of the major companies these days.

However what is interesting is how relatively successful the licensed franchises are doing. Dark Horse knows what kinds of limits they push with their Star Wars line up. IDW is now doing very well with GIJOE and Transformers. They seem to be giving what the audience wants. And really, isn’t that what sells?

I like that it’s the licensees that know how to do it right. Lucas, Paramount Studios, Hasbro, Joss Whedon, even the Jim Henson Muppet folks, dictate to the comic companies “Here are the characters, here’s what you can do, here’s what you CAN’T do. Have fun!” And generally the comics turn out well. When we were kids we read the “Star Wars” and “Indiana Jones” comics because they were close to what the movies were like and gave you a “quick fix” to tide you over ‘til the next movie came out. It was good for the comic (we kept buying ‘em!) and good for the movie studio (keeping interest in the franchises alive). Better yet, because we liked the comic adaptations we figured why not try another comic? ‘Gee, I liked the Spider-Man cartoon, maybe I should try this issue of “Spectacular Spider-Man”. Who’s this guy The Puma? I bet he’ll become a classic villain!’

And I have to add that on top of all this, DC and Marvel don’t make it easy for new readers. Their broad sweeping story lines can be daunting to a new reader for sure. Stand alone stories are a way better idea to get new readers. The idea of trying to get caught up on a character now seems daunting. I wouldn’t want to do it. If I wanted to start reading X-MEN, the thought actually gives me anxiety. It seems as though the writers champion existing readers by making stories about incidents from years ago, without any thought about trying to garner a new audience. What exactly is Marvel and DC doing to get a younger audience? To me, whatever it is, doesn’t seem to be enough.