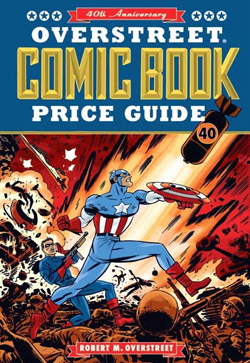 I was reading the Overstreet Price Guide the other day.  I know what you’re thinking… nerd.. but hey, isn’t that why we are all here?.  I starting thinking about the various “eras” in comic history. Overstreet has definitions now that talk of the “Pioneer Age” which references comics or early types of books with illustrations as the earliest forms of comics. This era runs from the 1500s to 1828. Now I am assuming that there is no definitive start date early on because really, it’s probably pretty unsure as to what specific dates exist for the creation of these books. A lot of these books are really more like illustrated books, which really is what a comic is. Comics are in fact a literary form that combines writing and drawing into one medium.

What gets interesting is the fact that Overstreet then coins the term “Victorian Age” for comics or illustrated books for the years 1646 to 1900. What makes this even more interesting is that once again there is some overlap over the years. The “Platinum Age” is then listed as 1883 -1938. So is a comic from say 1896 listed as Victorian or Platinum? I don’t want to belabour this point, because the number of examples out there really won’t warrant a long discussion because so few exist.

What then gets interesting of course are the definitions starting with 1938. Believe it or not, there are a few different suggestions about how to categorize comics from that point forward.

While reading Shirrel Rhoades’ book on the history of comics, I found out that there are a few different schools of thought on this. By the way, Rhoades book A Complete History Of American Comic Books, is an excellent read, if not a little lacking of pictures and colour, on the history of American Comics. He is the former publisher of Marvel Comics and still works as an independent consultant on magazines and the comic industry.

Basically recounting his comments, there is a general school of thought which state the comics ages such as this:

Although this is the general way that most people would categorize comics, there are new ways of thinking.

According to Rhoades, Ken Quattro writes in his article The New Ages: Rethinking Comic Book History, that there should be a new way of thinking about how to categorize comics. His eras are such as:

I don’t want to harp too much on Quattro’s ideas because really, without being too mean, I don’t think his ideas add anything to the categorizing of comics other than perhaps adding “heroic” to ages. And his “Code Era” could be considered, any of either “Post-Horror”, “Post-Crime”, or even just “Boring Era”.

Having said that, I think that any and all thought on comics is a good thing to keep the industry going.

I have to say that Overstreet really has come up with the best ideas with the catalyst to launch each of these eras or ‘ages’ with the exception of the Platinum Age. 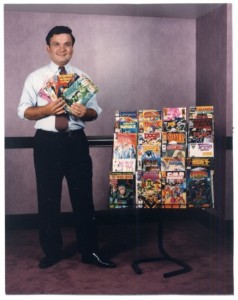 This idea of these different eras really fit the ages and I have to agree with what Overstreet is trying to accomplish. It’s interesting to me that in an era where the internet rules the buying and selling options of the comic industry it seems that comic collectors still hold our ‘bible’, the Overstreet Price Guide, in high regard. Steve Geppi is still publishing this book every year, and despite the rising social networks like Facebook or Twitter, comic collectors still turn the pages of the Overstreet to help gauge their thoughts on what is going in the comic industry.

Overstreet seems to simplify it enough to make it understandable for everyone but at the same time doesn’t dumb it down so much that the comics groupings become benign or irrelevant.

I have to say that in an era where being technologically sound, if not proficient, books like the Overstreet Price Guide still have their place in the comic industry.