There are only a mere few days left of 2013.  This is the time of year where we reflect and reminisce on the year and look forward to new beginnings.  2013 has had many highs and lows or hits and misses.  Here are my choices:

A whole bunch of comics came out in 2013.  There is no way I could read them all, but here’s what I like and what I didn’t over the past year.

Most of my hits make most best of lists.  Daredevil has been a consistent hit since it debuted.  Hawkeye has been a fan favourite since it came out as well.  But the one comic that stood out over 2013 has been IDW’s G.I. Joe by Fred Van Lente.  This is the best G.I. Joe comic to come out in years.  It even rivals Larry Hama’s original from the 80’s for it’s sheer “awesome-ness”. 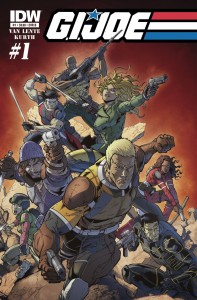 Fred Van Lente has done something revolutionary when it comes to the world of G.I. Joe.  He has been able to combine all facets of G.I. Joe lore into one comic.  G.I. Joe has had a long history, and there have been many twists and turns over that history.  Fred Van Lente has been able to add Adventure Team, Sgt. Savage, Sigma 6 and G.I. Joe Extreme to the main continuity of G.I. Joe.  These different directions that the franchise has taken over the last 50 years can get confusing.  But he has done an amazing job bringing them all together into a great story.

IDW G.I. Joe by Fred Van Lente is a great jumping on point for anybody who wants to read G.I. Joe.  Whether you are a novice or a die-hard “Joe” fan like me.

These comics weren’t necessarily bad.  Just disappointing.  Batwoman has been the centre of controversy as well, which led to a change of creators for the comic.  I may keep it on my list a bit longer to see where it goes from here.

Fantastic Four has been a disappointment as well.  Now we now it is going to be changed and altered for the next wave of Marvel Now! But so far it has been confusing and convoluted.  The other surprise is despite Fantastic Four being a poor comic, the FF title has been great.  Unfortunately Matt Fraction, who writes both comics, couldn’t carry over the magic from one title to the other. 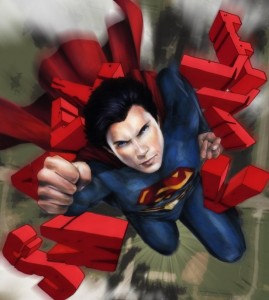 Smallville Season 11 has also been a “miss” for me.  I had high hopes for this comic as it was going to continue the story line of the Smallville TV series.  But it feels like a chore to read every comic.  The story just feels like it is stifled as they try to prolong and drag out the story.  At times the original TV series felt the same way.  I’ve contemplated dropping it from my pull list many times, but I just can’t bring myself to do it.  So please… somebody tell me to drop this comic.

2013 saw a multitude of “nerd” movies.  We saw lots of movies from the world of comic books and Sci-Fi.  I was able to catch most of them in theatre, but some I had to wait to catch on home video.

Pacific Rim was a movie that surprised me.  When I first heard about the movie it sounded like “Godzilla Meets Rock ’em Sock ’em Robots”.  I had no interest in watching it.  I recently saw it on Blu-Ray and it blew me away.  It was a great movie that I now regret not seeing in theatre.  It is one of those movies that will be a must own for everyone’s movie collection for year’s to come.

But the movie that stood out as my favourite of 2013 was The Lone Ranger.  The reason I liked the movie so much was I didn’t expect much from the movie before I saw it.  The Lone Ranger has been plagued with problems from the get-go.  The movie had production changes and re-writes, and there were even rumours that the movie was going to be cancelled halfway through being made.  It was a fun action movie, that you need to see.

These movies weren’t necessarily bad, I was just disappointed in them.  In retrospect I enjoyed them more when I watched them on Blu-Ray, but when I originally saw them in theatres they didn’t live up to my expectations. 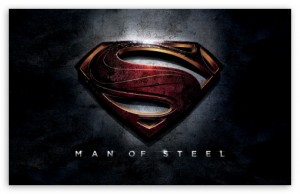 Man of Steel was the biggest disappointment of 2013 for me, but I’ve complained about it enough, I don’t need to get into it again.

HIT – Lego Marvel Super Heroes: This game is a lot of fun.  There are some glitches with the game, but they are minor in comparison to the complete game on the whole.  The game is packed with lots of stuff for comic book fans.  Plus lots of cameos with Stan Lee. 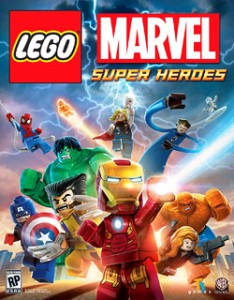 MISS – Avengers Assemble Action Figures:  There have been a few figures in this wave that have been good, but most of them are a repaint and re-release of figures that came out from previous toy releases.  The Avengers Assemble line is going to replace the Marvel Universe toys, which isn’t necessarily a good thing.  MU had rare and lesser known figures.  I’m afraid that the AA line will feature the same well known figures over and over again.  As a collector this can get boring.

HIT & MISS – Marvel Agents of S.H.I.E.L.D.: this was a tough decision to make.  At times this show is great, but at other times it just misses the mark.  Once season one is complete, I think we will be able to tell for sure whether the series is a hit or a miss.

Well that’s it for me for 2013.  I hope you have a happy and safe New Years, and I look forward to a great 2014.  Which looks like it is going to be a very busy comic filled year indeed.