Back in the beginning of summer I posted part 1 of this article.  I had so much fun reading the answers from the Comic Book Daily Nation, I decided it was time for Comic Book Things That Make You Go Hmmm! part II.

There are many things that happen in comic books that we accept as fact.  I have questions about these events, but instead of doing the research, I want you, our readers to tell me the answers.

Here is what makes me go Hmmm!

Who is Galactus’ most powerful Herald? 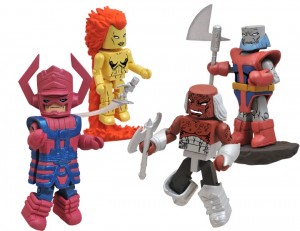 Galactus has had many Herald’s.  The most famous of these Heralds is the Silver Surfer.  Some of the other more popular ones are Morg, Nova and my personal favourite, Terrax.

All of these Heralds possess the power cosmic, and each ones powers differ slightly, but which one is the most powerful? 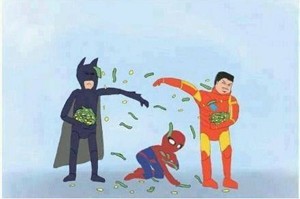 As the saying goes, “the best Super Power is money”.  Batman and Iron Man couldn’t be who they are without their immense wealth.  But which one would rate higher on the Forbes 100?

How would Peter Parker have turned out if Uncle Ben didn’t die? 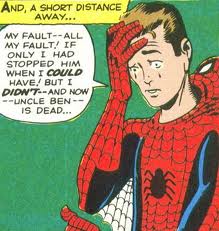 We all know Peter Parker (and Spider-Man) became the hero his is today because of the tragic death of his Uncle, Ben Parker.  But what would have happened if Uncle Ben didn’t die?  What kind of hero would Spider-Man be? Or would he even have become a hero? (geez… this is more of a What If? question rather than something that makes me go Hmmm!)

I think the closest representation we’ve had of what Spider-Man could’ve become is Dan Slott’s recent storyline featuring Alpha.  To be honest, Alpha is a jerk.  If Uncle Ben was still alive, I think Peter would have let his power make him over-confident and he would have been cocky and arrogant like Alpha.  I think Uncle Ben would have been able to convince Peter that with power comes responsibility.  Uncle Ben’s death was the fast-track way to get Peter to understand that concept.  But what do you think? 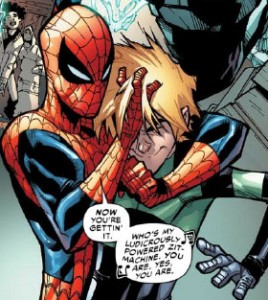 Who’s Faster Superman or The Flash? 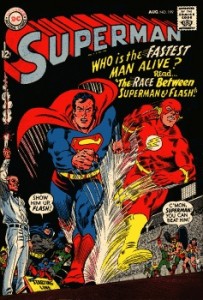 This is an age old question that has played out many times before.  We know that Superman and Flash are both fast.  It’s been debated in comic books and on television.  Superman and Flash are both fast enough to travel in time.  And as we have seen in Superman The Movie (and Superman II The Richard Donner Cut), Superman is fast enough to change the rotation of Earth itself, but he was flying at the time.  So in a straight foot race who is faster?  If Superman was flying, who would be faster?

Are the current DC characters considered to be the same pre-New 52?

I picked up a couple of the recently released #0 issues.  At the back of each of those issues there is a quick biography about each character.  On each of these biographies the character’s first appearance is listed.  Each of these first appearances have their respective #1 listed with the appearance date being November 2011.  So does that technically make these New 52 characters different than the originals?

Is Wonder Woman (for example) now a different character than the one who was in the comics before the New 52?  If that is the case is she technically still created by William Moulton Marston?

Will there be a time in the future when the New 52 will revert back to the previous DC Universe?  Will the New 52 pick up the original numbering when it comes to a milestone event (ie: #1000 for Superman)?