Last week we got a chance to see the new posters for G.I. Joe Retaliation.  This week we get a new trailer for the movie.

I’ll make my review quick for this trailer.  It’s awesome!!!

But this trailer gives us more about the movie than the first couple trailers did.  Here are the most interesting points for me.

In this scene Duke and Roadblock are talking before the Joe’s are attacked.  Duke offers to look after Roadblock’s kids for the weekend.  He goes on to say “I love your kids, but they live to terrorize me.”

When Duke was introduced to the G.I. Joe comic book world back in April 1984 (issue 22), it was with Roadblock.  They both served as security for the funeral of General Flagg (who was killed by Cobra Commander).  To many die-hard G.I. Joe fans, those two characters have been connected because they were introduced at the same time.  I like the fact that they appear as close friends here, and Duke has a replacement “buddy” since Ripcord isn’t in this sequel at all.

We don’t know about the fate of Duke in the movie, since he doesn’t appear later in the trailer.  You could assume that Roadblock’s mission to retaliate against Cobra, is because he is trying to avenge the death of his friend Duke.  We will have to see what is in store for Duke later. 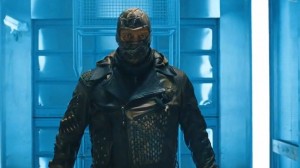 When Rise of Cobra came out, there were many complaints that some of the characters didn’t look like how they are supposed to.  The image above is the first clear picture of a masked Firefly and I am very pleased on how the character looks.  It is an update from the original.  He looks more “biker gang-street thug” than military-terrorist-saboteur.  After looking at this picture for a bit, Firefly looks like he is a Dreadnok.

Firefly is a very cool character.  The trailer features more Firefly footage as well.  Hopefully they will release a cool action figure of him this summer as well.

More of Cobra’s plan is released in the movie as well.  The President (who is actually Zartan in disguise) says “a new special forces unit code-named Cobra will protect us”.  Although the voice track sounds modified, it looks like the tables have turned and Cobra are the good guys and G.I. Joe are the bad guys.  We will see what we actually get in the movie, but the idea of the Joes being bad and Cobra perceived as good is always a good storyline.  It has been used in the comics many times, and was the premise for the G.I. Joe Renegades cartoon (check out the video below).

We’ve seen the footage of Snake Eyes and Jinx fighting Red Ninjas on the mountain.  But the climax to that scene is just cool.  This proves that Snake Eyes is the most dangerous man on the planet (or as it says on a t-shirt #badass).

What is a G.I. Joe movie without catastrophic destruction?  Rise of Cobra gave us the destuction of the Eiffel Tower and Paris (well most of it).  This trailer shows us that London is next.

I was surprised to see this scene in the trailer.  I thought after the destruction of Paris in Rise of Cobra (and the comparisons to Team America World Police), this large scale event would have been avoided.  But it makes sense to have a scene like this to scare the world leaders that they need a security force to help protect the world.  And it looks like that force will be Cobra.

Another cool part of the trailer is the web address at the end.  Cobra Special Forces is an online test to see where you fit within the Cobra Unit.  I did the test and I am a Mercenary (it’s funny, I thought I would rank higher than that).  After you complete the test you can access the Cobra Special Forces Facebook page.  From there you can grab a new profile pic (the Cobra sigil) and a Cobra cover page photo.  If Cobra is going to take over the world, you might as well get in on the ground floor now. 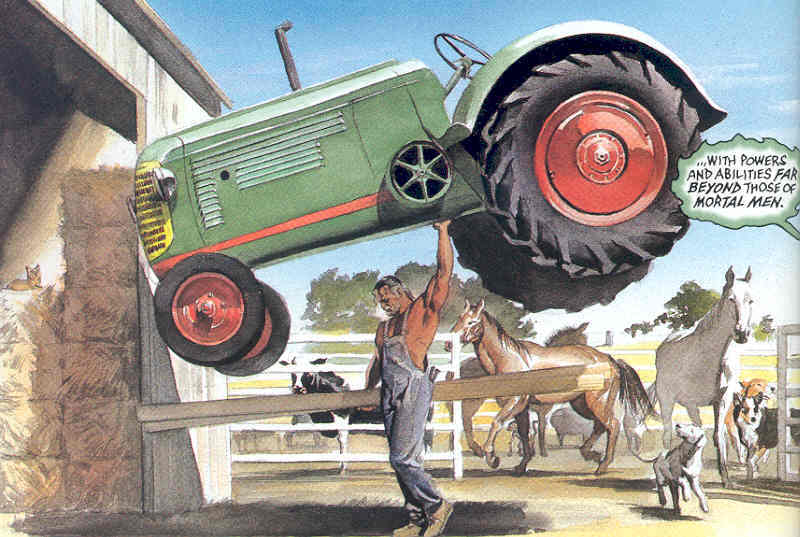