On Saturday November 16th, I had the honour and pleasure to be invited to the Niagara Falls Santa Claus parade.  Pulp Comics in Niagara Falls had a spot in the parade and Stephanie and myself were invited to join them as Loki and Thor. 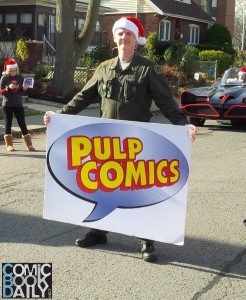 It was a truly amazing experience.  There were so many factors that made is an amazing day as well.  The weather was perfect.  The people we marched in the parade with were a fun group to hang around with, and of course there was the crowd watching the parade.  That was the real highlight for me.  I couldn’t believe the reaction we got from the crowd.  Not just the kids.  The adults loved it as well.

We had a good group of Cosplayers in our “Super Team”.  We had myself (Thor), Loki (Stephanie), Iron Man, Spider-Man, (Niagara Falls) Batman, Superman, a Storm Trooper, Zam Wesell, two costumes from Battle Star Galactica, two “They Live” aliens and the ever nefarious, the ever evil… Doctar StEvil.  And of course let’s not forget they center-piece of our team – ’66 Batman, Batgirl and the amazing Batmobile. 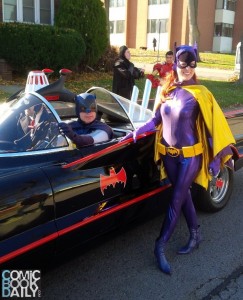 We weren’t long into the parade when people started asking for our pictures, or called over to us “Superheroes” to come over for a High-Five or a hug.  Eventually our 30 foot section of the parade stretched out to be a block and a half.  It was just amazing how all the kids ran over to us, and were just so excited to see their favourite comic book characters. 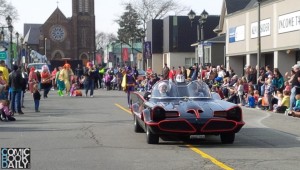 There were a few times during the parade I just got right into the Thor character and couldn’t believe how much fun I was having.  At one spot in the parade I was walking all by myself and I was looking at the crowd and waving to the kids, and people started cheering and yelling Thor’s name, I held Mjolnir high above my head and I felt like Thor returning from glorious battle.  It was an experience that will be with me for a long time. 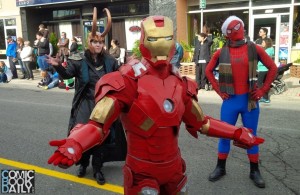 After the parade we thought it would be a shame to drive all the way to Niagara Falls and not see one of the most amazing spectacles in Canada, so we headed over to see the falls.  We also decided “why change out of costume?”

So we went to the falls as Thor and Loki and that was an experience in itself. 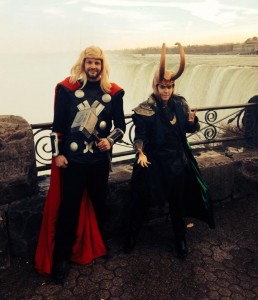 We walked towards the falls and everybody was staring at us.  You could tell some people were just watching us our of the corner of their eyes, other were blatantly staring at us.  Eventually we did have one person come up and ask for our picture.  Of course we obliged.  Then the flood gates opened (I think that’s a proper analogy for Niagara Falls) we had dozens and dozens of people come up to us and ask for our pictures, or ask to have their picture with us. 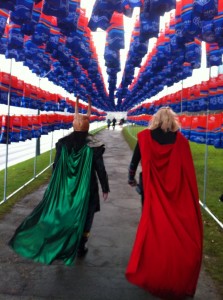 I think it’s funny that there were people there to see the majesty Niagara Falls, and they would go away with a story of how they saw Thor and Loki.

I hadn’t been to Niagara Falls in over 25 years.  So for me it was a great experience, because not only did I get to be in the parade and see the falls, but my kids were there too to experience it with me. 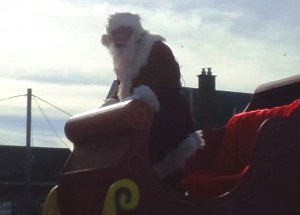 I just want to send out a huge thank you to Paul from Pulp Comics for inviting us to be in the parade, and to the other Cosplayers who came out and made the day so much fun.  It was a real honour and pleasure for me.