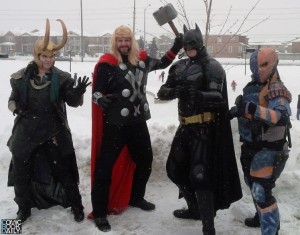 This year on February 9th, the Vaughan Winterfest celebrated its 25th anniversary.  It is a great event that helps break up the monotony of a long winter, especially with the abundance of snow and cold temperatures we’ve had this year.

The Winterfest has all sorts of great events.  Some of the featured attractions were art workshops, face painting, interactive science workshops, Vaughan Fire & Rescue displays, skating, swimming (indoors of course), horse-drawn wagon rides, ice carving displays, food trucks, lumberjack show and a midway.  But the attraction I was most interested in was the appearance of the 501st Legion and other comic book super heroes.

And to my complete surprise, I was invited to the Vaughan Winterfest to be one of those superheroes… Thor! 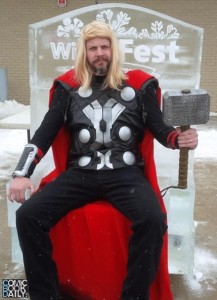 This isn’t my first foray as Thor at a public event.  The first time I was dressed up as Thor at an event other than Fan Expo was the Niagara Falls Santa Claus parade.  What made the Winterfest more special was the opportunity to interact with the crowd.  When we were at the parade, we couldn’t get photo opportunities with kids and parents because we had to keep the parade moving.  With Winterfest, we could slow down.  Take pictures with the kids, and just have fun.

It was unforgettable day. 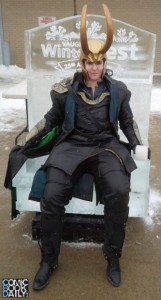 We had a great crew of costumed super heroes with us.  In total we had myself as Thor, Stephanie as Loki, Deathstroke, Hawkman, Superman and Batman.

I couldn’t believe the amount of detail on Hawkman’s costume.  You may have seen him at Fan Expo before.  The costume is based on the Smallville version of the character.  The wings were massive, covered with individual feathers.  I couldn’t believe the amount of time it would take to fabricate the wings.  But that just shows how passionate Cosplayers can be for their craft. 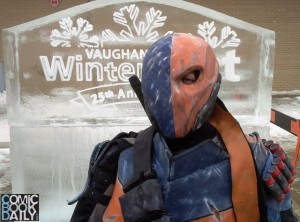 Batman’s costume was amazing as well.  I had told several people that the costume looked like it came right off the movie set… or it was ready to do battle in the streets.  Superman was brave to face the cold temperatures outside.  His costume didn’t add much in the way of insulation, while some of us were better suited for outdoors. 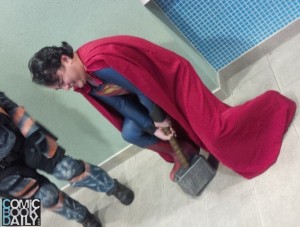 I have been Thor at several events now, and I have to say that being Thor at Winterfest or the Santa Claus Parade is more enjoyable than being the character at Fan Expo or a comic convention.  Seeing kid’s faces light up (and adults too) makes it worthwhile for me to get suited up “and get into action”.  I’ve encountered a lot of negative energy and comments from conventions while in character.  I’ve heard criticism about my costume.  Or I’ve heard complaints about the character.  But kids don’t care.  They are so happy to see the heroes, it makes me feel good to brighten up their day, and give them a real experience.

I hope I am invited back next year for Vaughan Winterfest… and who knows, maybe I’ll give it a shot at being Superman next time.  I have a whole year to prepare and get ready. 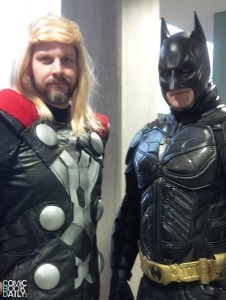 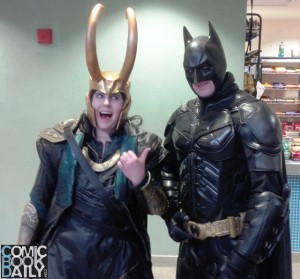 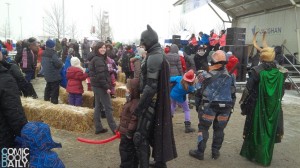