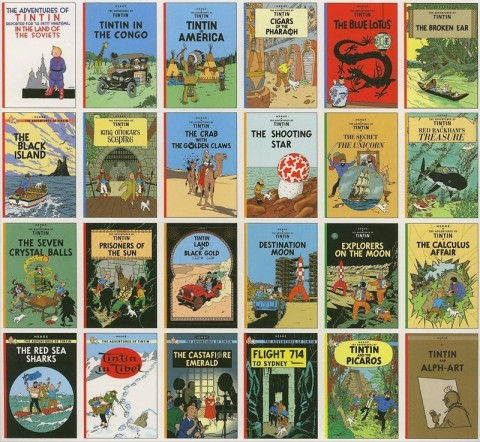 Like any other artistic medium comic books have their seminal works. The works that have won award after award, received critical acclaim, and maintained popularity decade after decade. Hergé’s The Adventures of Tintin is one of those works. It has proven immensely popular since its 1929 debut, and the meticulously researched stories of a young Belgian reporter is one of the few European comic books to have widespread recognition in North America. Oh, and it will soon have a film adaptation by Steven Spielberg and Peter Jackson. And I hate it.

The thing is Tintin kind of sucks. I just don’t get it. I never liked it as a kid and I recently picked up a 3 volume trade which formed the basis for the new movie. It still isn’t very good. I just cannot get into the stories.

The stories are slow, and at times the pacing is brutally so. The use of excess panels adds nothing to the story and at least half of them could be eliminated as boring filler. Check out the following page from The Crab with The Golden Claws. 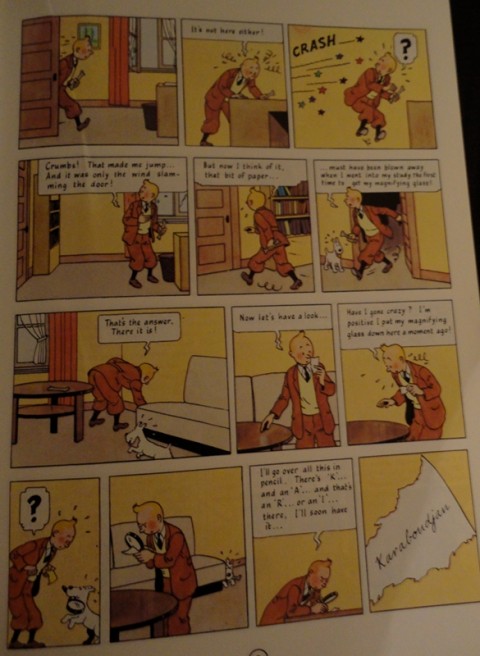 Oh, I see, we needed two pages describing how wind can blow paper, and how Tintin is kind of an idiot. By Jove, I think he’s solved the mystery of the missing scrap of paper! And he is the protagonist! Which brings me to another point of annoyance.

The characters are either bland or annoying. Tintin is such a non-entity. I have never found any way to care about the character. Others are so one-dimensional and ridiculous (Thomson and Thompson, Snowy) that it makes me want to scream. But the worst, the worst, is Captain Haddock.

This guy is a total liability. From the moment he and Tintin meet this guy is nothing but trouble. An annoying drunken stereotype that serves no purpose other than to get Tintin into even more trouble, I am amazing that Tintin wouldn’t just shoot Haddock. In the face. As a preemptive form of self-defence.

This critically acclaimed series has just always seemed lame to me. And it isn’t that I hate non-North American comic books because I quite enjoy Asterix, Dylan Dog, and Lone Wolf and Cub. I’ll be surprised to see if the Tintin movie can make the characters and stories appealing.  This rant also got me thinking on no matter what, as with all art forms, enjoyment of comic books is quite subjective.

I have friends and colleagues who hate Sin City, From Hell, Sandman, and Watchmen. Key works that are thought to be the best that the medium has to offer and they are so vehemently disliked as to be avoided at all cost and mocked publicly whenever possible.

So what is your most hated best work of all time?