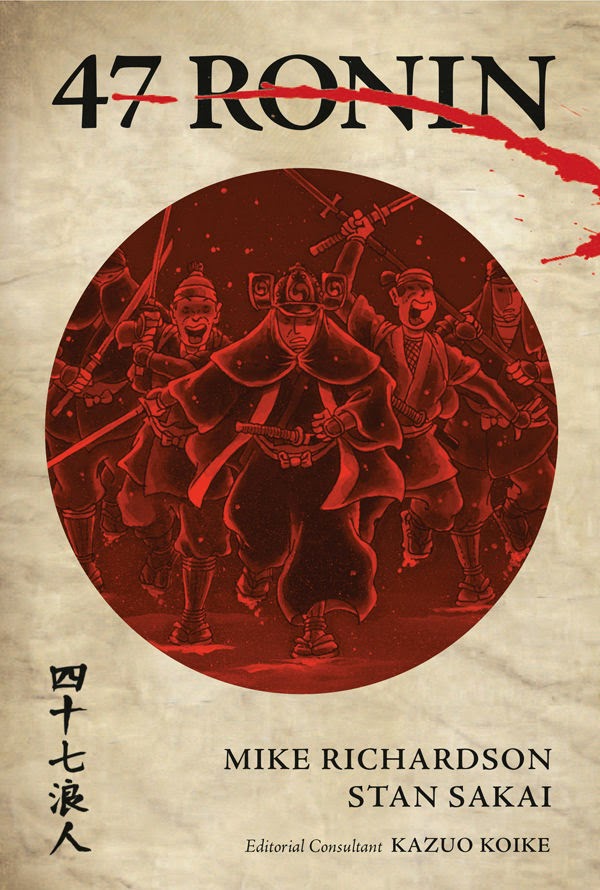 “To know this story is to know Japan.”

Adapting history always carries with it an element of risk, and that risk is even greater when dealing with a beloved story such as 47 Ronin. The tale of loyal samurai who avenge their master’s death has been adapted countless times in books, movies, plays, and even opera. So while there is quite a bit of source material to draw from, anyone who is interested in reading the story potentially knows it well.  To make an adaptation such as this work there needs to be a great deal of care and respect for the story, and I’m happy to say that every page of 47 Ronin is filled with both.

Originally published as a 5 issue mini-series written by Mike Richardson with art by Stan Sakai (Lone Wolf and Cub’s Kazuo Koike was an editorial consultant), this graphic novel is a masterclass in how to put together a collected edition.  Indeed one gets the impression that it was originally designed to be in this hardcover format and just happened to be divided up into 5 issues to gauge interest.

I can’t think of an artist better suited to this project than Stan Sakai. Already extremely familiar with the history and customs of the period thanks to his monumental work on Usagi Yojimbo, Sakai’s stylized characters are the perfect fit for Richardson’s well paced script.

To illustrate I’ll share with you my favourite page from the book. It shows the forced ritual suicide (seppuku) of (spoiler alert) Lord Asano. 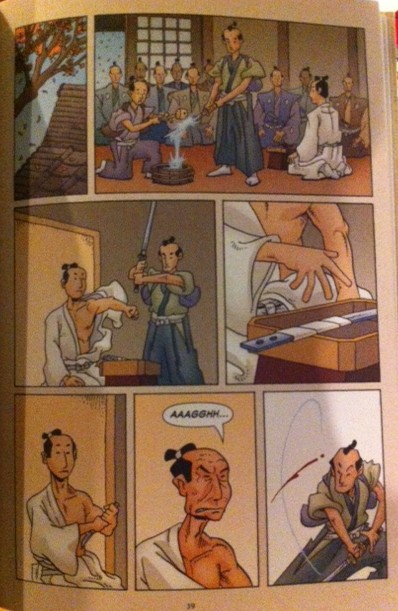 There is nothing extra on the page, nothing wasted. Each beat leads to the next, each panel clearly evoking the ritual involved. There is a single word: a stoic cry of pain as Asano plunges the blade into his abdomen.

Every aspect of the book has been meticulously planned, from the cover to the extensive research on costumes and heraldry, and everyone who worked on this book should be extremely proud. The final product is perfect use of the medium to tell history, and has been done in such a way that seems effortless. The visual style of the book is meant to evoke prints by the artist Ogata Gekko,  and the panel layout and colours clearly show (as Richardson puts it) that the prints were an important spiritual guide. 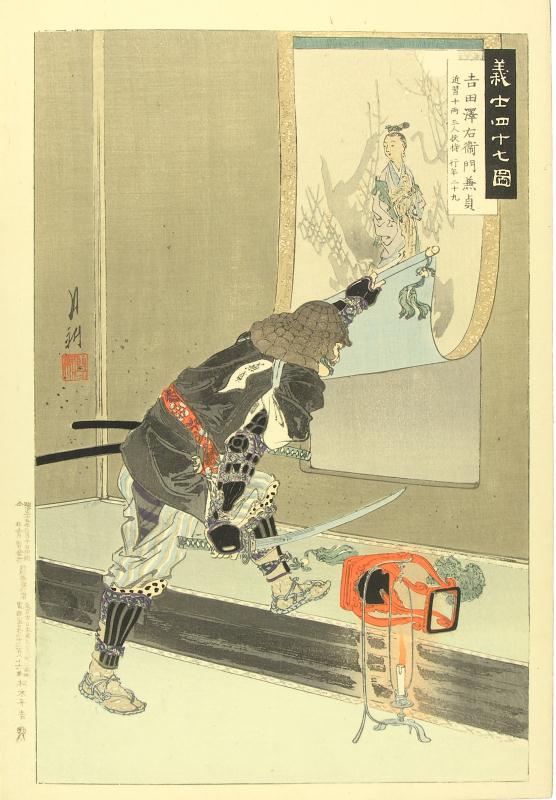 The size of the work has been reduced from the original comic book format (much to Scott’s chagrin, I’m sure), but with essays, interviews, and a cover gallery, this is an incredible value for $20. When in single issue format the book sold about 6000 copies per issue (8500 for issue 1) and those who passed it by on the shelf would do well to pick it up now. This is, quite frankly, everything I love about comics.