Are you someone who pays attention to the reviews of a movie?

If it gets “Two Thumbs Up” do you have to go see it?  Or do you even care what someone has to say on TV or in a review column?

This past weekend, it came up in conversation that I wanted to go see The Lone Ranger.  It’s a big budget movie.  But has been plagued with bad reviews, even when the movie was still in production.

My one friend said “Are you sure you want to see it? I heard it sucks.”

I didn’t know how to answer that one.

I rarely care what the critics have to say about comic book movies.  Most reviews are about the film itself, not necessarily the content.  So far, many critics have praised Man of Steel.  The critical success (and financial success) has lead to a sequel being fast tracked so it will hit theatres next summer (possibly).  While some critics have gushed over the movie, I fell asleep during it.

Other comic book movies that I thought were amazing, have been torn apart by reviewers, overlooked and forgotten (The Losers and Tom Jane’s Punisher for example).

When a movie gets a bad review, it’s tough to convince the movie going public to spend the cash to see it in theatre.  This can be a death sentence to a marginal (at best) comic book movie.

The Lone Ranger is one of those odd properties.  It has such a long history, that I consider it comic book material.  It’s has lived on every kind of medium that has been available.  Radio, TV, Silver Screen and the comic book page.  It is a quasi-hybrid of pop culture that can adapt to any form to be presented to the public.

The negative reviews for The Lone Ranger won’t hurt the franchise in the long run.  The character has been around for a long time, and it has had it’s fair share of peaks and valley’s in its popularity.  There will be people who will go out to see it just because it is The Lone Ranger. 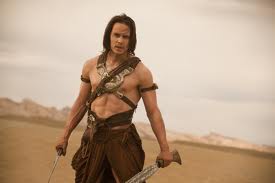 As I said earlier, I rarely care what a critic has to say about a movie, but that doesn’t mean I totally dismiss their reviews.  Disney’s other huge blockbuster (that turned into a flop) John Carter, was crucified by reviewers as well. It is a movie I want to see, but I am not rushing out to get a copy of it.  The property itself has many of the same characteristics as The Lone Ranger.  The character has been around for years, and has seen life on many different platforms.  The only difference is people do not know who John Carter is.  The Lone Ranger is instantly recognizable, but John Carter isn’t.  The bad reviews was most likely the final nail in the coffin for John Carter and the future of the movie franchise.

Ultimately you have to make your own decision on whether you will see a movie or not.  You can listen to other people’s opinions, but don’t let that make up your mind for you… unless we tell you it’s good here at Comic Book Daily… always listen to us!!!! (just kidding!)