And now it’s time for a trip down the rabbit hole, over the rainbow and through the wardrobe. At least, if you happen to be named Alice, Dorothy or Peter. In that case, you may be a namesake. Namesake by Isabelle Melançon and Megan…

And now for something demonic. And pink. Of course, those might be mutually inclusive. In this case, they go together. By accident. Or more accurately by Apathy. The Demon apathy. See, somebody sold their sold to the devil in exchange… 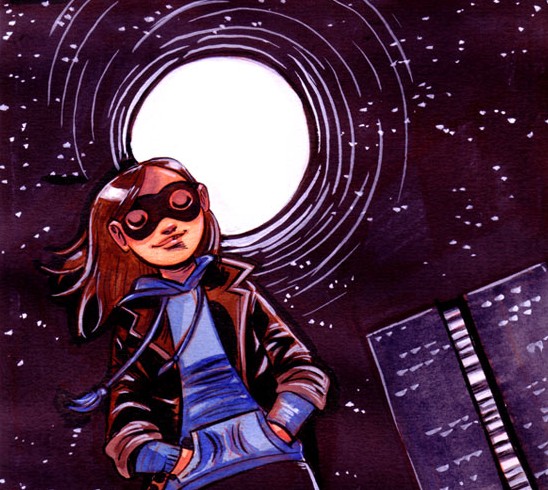 The Adventures of Superhero Girl

In honour of her new book Friends with Boys arriving today, I thought we should have a look at one of Faith Erin Hicks’ other comic works. A quickly rising star, Faith cut her comic teeth in the webcomic… 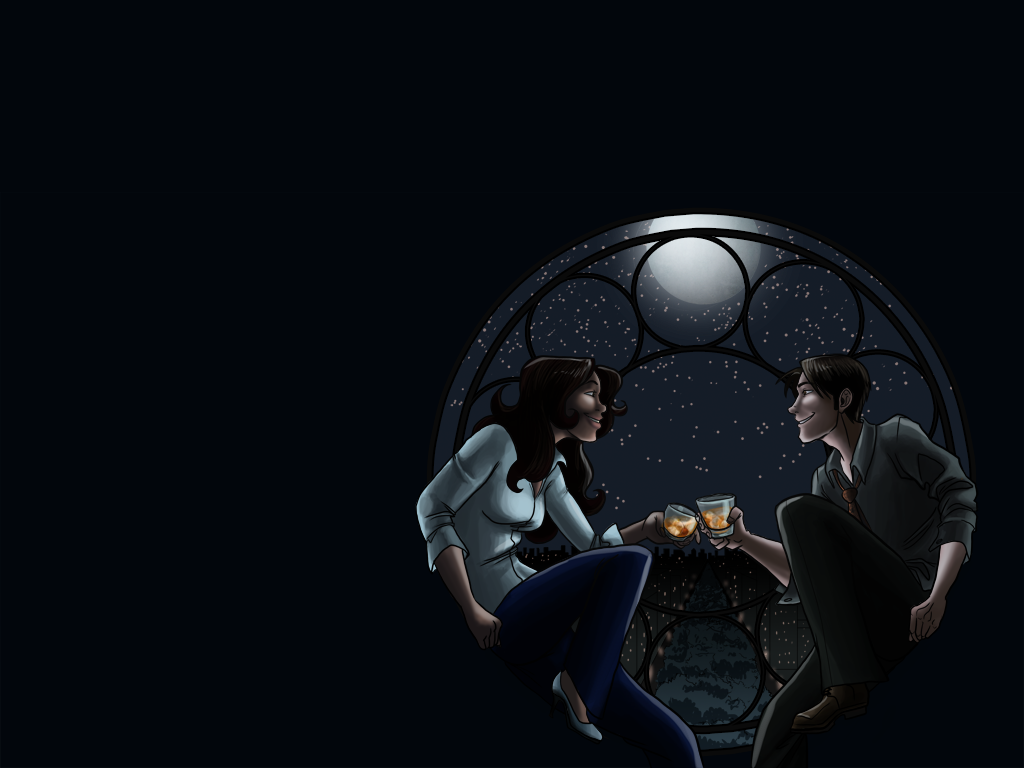 Will they won’t they, the corporate world oh yeah, and something dark. Like monsters and murderous dreams dark.  So Nicholas Grey is the head of Grey Inc. an environmentally friendly tech company. Kennedy Parker is his friend and right hand, looking out… 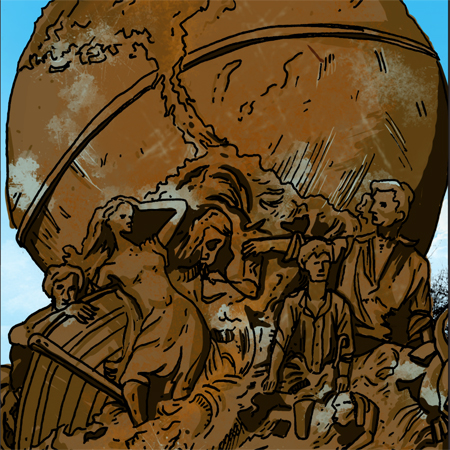 Quick read for you this week. We’re going to take a tour of the sculptures of Richmond Virginia as seen through the eyes of Bizhan Khodabandeh. Wait, I thought this was a webcomic column you say. Well it is, because every… 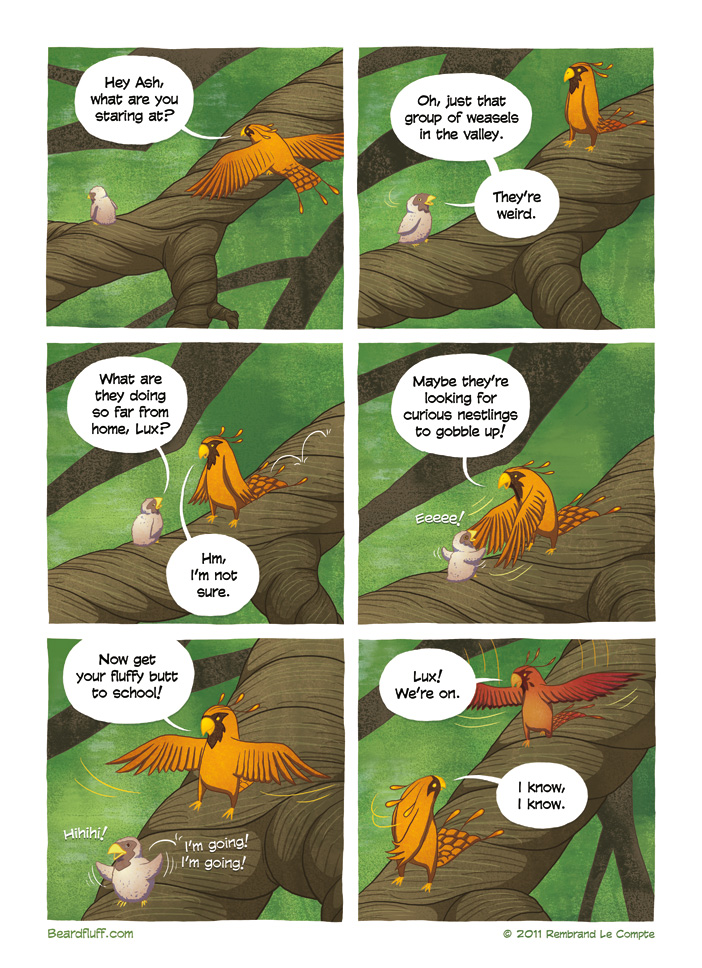 Okay, it’s gonna get a little weird this time. So, there’s a thing that happens with webcomics. People leap in, start creating stuff and sharing it. It’s not unique in terms of artistic development to do a lot of work… 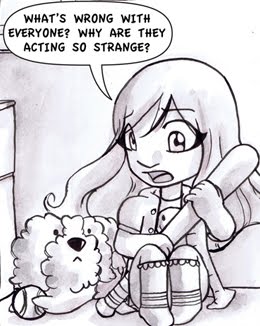 Agnes Garbowska has made a name for herself in the Toronto comic scene for her cute renditions of popular characters. So much so that she has done a few pieces for Marvel Comics. But she has now launched three webcomics of…

Don Ahe has created something truly charming. Road Apples Almanac is like a trip to the past. Visually striking chords of Herriman’s Krazy Kat, feeling like something out of a time when comic strips were a selling feature for newspapers,…

Poor Marlowe. Life can be hard when you’re a clay monster still living with your mother. But for us, it’s a bitter-sweet and often funny comic. And let’s just decide it’s a single panel gag comic right now and not…

Powernap hits you over the head the minute you see it. I mean, seriously, look at this: Could you see that and not click on the next button? So Powernap is the new work from Maritza Campos and Bachan. Both have…

Well, it had to happen. I had to eventually stumble upon a Steampunk comic. Now I know there’s Girl Genius, (I actually bought a couple of floppies when it first started) and a couple others, but there was something about… 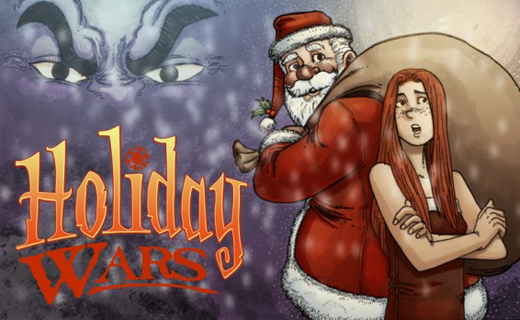 Originally I was gonna write this last week, but illness kept me from doing my walkabout. But hopefully you are still in the holiday spirit. So the Easter Bunny is evil. Annnnd all those other Holiday characters? Yup, they exist… 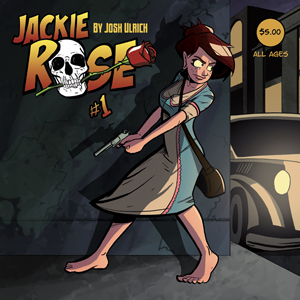 One of the reasons I started doing these weekly walkabouts is to finally make myself sit down and read all these great looking comics I’ve stumbled across online. This week I finally tackled Jackie Rose, a great adventure story… 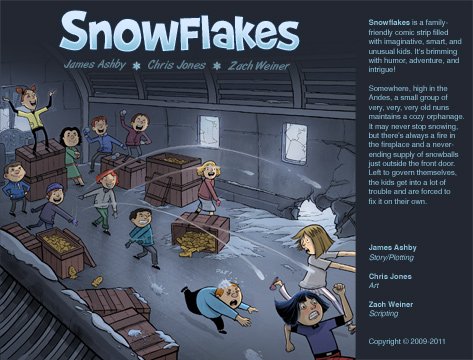 There’s a half-dozen strips on the newspaper comic page that could be given mercy killings to make way for a strip like Snowflakes. Set somewhere in the snowy heights of the Andes, Snowflakes follows the lives of a group of… 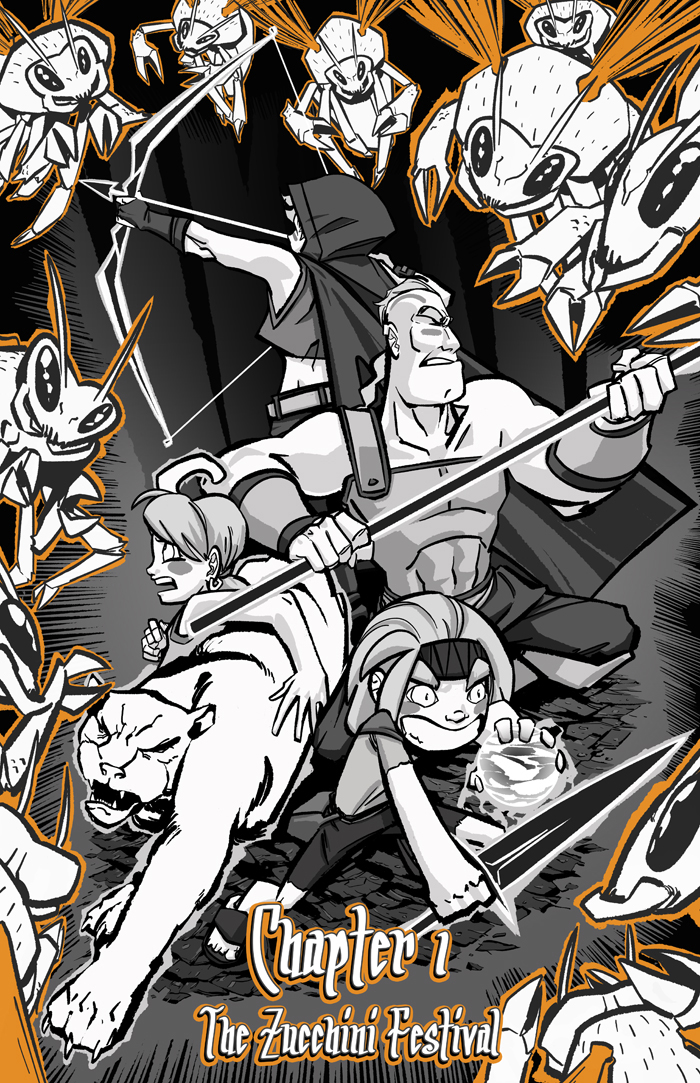 Despite it being a hugely popular genre in fiction, comics have traditionally been a bit lean on fantasy stories. Webcomics are changing that. There is a wealth of fantasy material being produced, from dungeon crawls, to fairy tales. Little Guardians…

If you have to be stranded on Mars, it could definitely be improved by having a good friend with you. Sadly Captain John is Marooned on Mars with Asimov the Robot. Asimov would rather be alone. Asimov's mission was to attempt a space mission run by an AI and hampered by a human. It's not going so well.
Read More 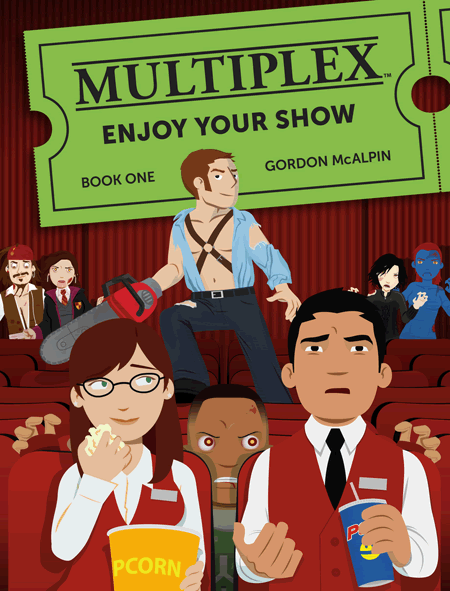